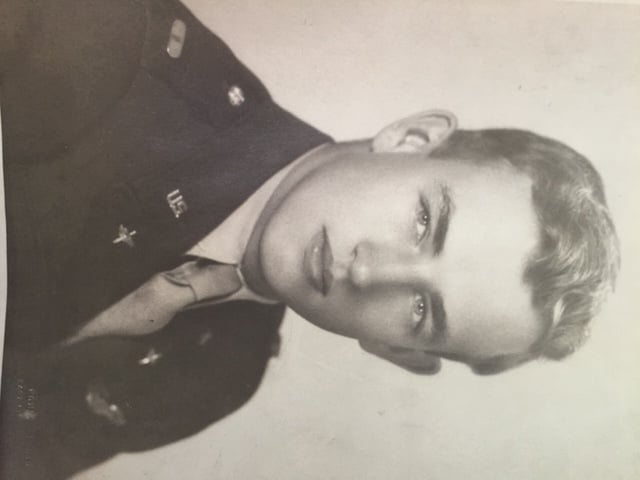 William Louis McCutcheon was born on September 1, 1924 in East Liverpool, Ohio. Son of Carl McCutcheon, DDS and Sarah Weaver, Bill and his only sibling, David Clark grew up in Chester, West Virginia. In 1942 Bill graduated from Chester High School then entered West Virginia University’s ROTC program. In 1943, he volunteered and became an aviator for the United States Air Corps.

After World War II, Bill graduated from the University of Pittsburgh’s Dental School in 1951. That same year, he married Joie Conner from East Liverpool. They moved to England where Bill served as a dentist in the US Air Force. After a few years, Bill and Joie and their young daughter, Sarah Louise, came home soon after the news of his brother David being killed in a training accident flying a F-86 during the Korean Conflict.

In 1954, Bill began his dental practice in Wellsville, Ohio. He joined Dr. McMillen in the old Home Savings Building on Main Street, eventually moving his practice to 705 Riverside Avenue, where he practiced dentistry until his retirement in 1991.

Bill and Joie McCutcheon were married 55 years until her death in 2006. They are survived by their five children: Sarah Louise, Mark Conner, David Clark II, John William and Michael Curtis. Also, they have a combined ten grandchildren and five great grandchildren. One of his most cherished sayings, “The greatest thing you can do for your children is to love their mother.”

In addition to his parents, wife and brother he was preceded in death by a son: Christopher McCutcheon.

It was Dr. McCutcheon’s wishes that no calling hours or services be held. The Care – MacLean Chapel has been entrusted with his arrangements.

Family and friends may view this obituary or send condolences online at carechapel.com or by visiting the funeral homes facebook page.