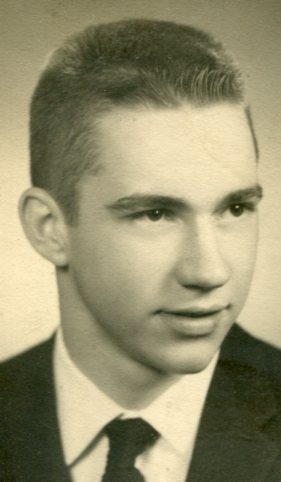 William E. Perkins Sr., 76 of Irondale, Ohio went to be with his Lord, surrounded by his family, Wednesday, August 23, 2017 at his home.
He was born in Irondale, Ohio on March 8, 1941 a son to the late Clarence Perkins and Ruth E. (McLain) Perkins. Living his entire life in this area, he was a 1959 graduate of Irondale High School. After graduation, William worked for L.K. Meyers High Line Construction through 1962. In 1962 he was hired as a custodian for Edison Local School System working at Stanton High School, where he worked for 35 ½ years, he also worked at Paisleys Store in Irondale from 1962 through 1972. William served the Irondale Fire Department for 40 years from 1958 through 1992. After retiring from Stanton High in 1997, he started and still continued his Perkins Detailing business, which was awarded Business of the Month by the Wellsville Chamber of Commerce in April of 2011. He attended the Irondale United Methodist Church and had a love for his hobby of fishing.
He is survived at home by his wife Lana L. (Phillips) Perkins whom he married October 1, 1960; two sons: William Earl Perkins Jr. and his wife Paula of Sadler, TX and David Perkins of Irondale, OH; a daughter: Janet Boni and her husband Michael of East Liverpool, OH; a brother: Robert Perkins of Midland, TX; a sister: Donna Jean Montgomery of Toronto, OH; grandchildren Brittany, Jerad, Hayden, Kristen, David, Zach and Ashley and great grandchildren: Brinnen, Gatlin, Mylie, Aryis and Maddix.
Services will be held at the Wellsville Chapel of the Martin MacLean Altmeyer Funeral Homes on Monday, August 28, 2017 at 1:30 PM with Pastor Dan Crowe of the church officiating. Burial will take place in Morning View Cemetery.
Family will be present to receive friends at the Wellsville funeral home on Sunday, August 27, 2017 from 2 to 4 and 6 to 8 PM.
Family and friends may view this obituary, sign the guest book or send condolences online at www.martinmacleanaltmeyer.com or by visiting the funeral homes Facebook page.