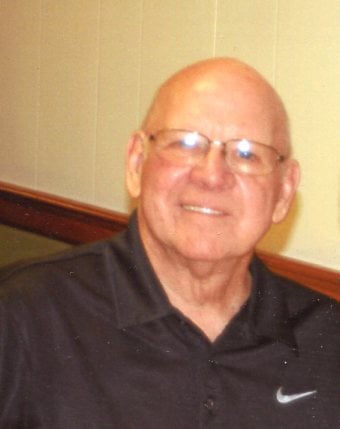 Wilbert Junior Jones, 77, of Wellsville, OH, passed away on Friday, January 1, 2021 following a lengthy illness.  Wilbert was born in Wellsville on August 8, 1943, the son of the late John Jones and Alice Messer Jones.  He graduated from Wellsville High School with the Class of 1961.

Wilbert married the love of his life, Barbara Edgell, on April 6, 1963. Wilbert and Barb loved traveling and spent as much time as possible making memories while visiting new places.  Wilbert worked as a Maintenance Planner for Penn Power for over 20 years.  He eventually began working at Homer Laughlin and was able to retire in 2008.  Wilbert loved all things sports. He was a supporter of Wellsville athletics  and spent a lot of time at the Wellsville stadium or in the bleachers at Wellsville High School. He was an avid fan of the Pittsburgh Steelers and Ohio State football teams.  He also spent many years as a youth and high school basketball referee.  He also belonged to the SOI Post 657 in Wellsville.   Above everything else, Wilbert loved spending time with his family, especially his grandchildren, who were the light of his life.

Wilbert will be sadly missed by: his loving wife of 57 years, Barbara; three children: Mark Jones, of Wellsville, Jennifer (Brent) Polen, of Salem, and Jeff (Heidi) Jones, of Hopewell Township.  “Pappy” will also be missed by his five grandchildren: Nick, Jenna, and Jayden Jones and Cassidy and Jarrod Polen and one great-grandchild, McKenna Jones.

In compliance with Ohio state regulations and in connection to the COVID-19 public health crisis, a private service with immediate family will be held on Tuesday.  Burial will be in Spring Hill cemetery.  In lieu of flowers, the family asks donations be made to the Wellsville High School Alumni Scholarship Association in memory of Junior Jones. Send donations to WHS Alumni Association, PO Box 629, Wellsville, OH 43968.