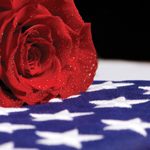 He was born in East Liverpool, OH on June 29, 1923 a son of the late William and Rose (Miller) Dillon. Mr. Dillon lived his entire life in this area and was a veteran serving in the U.S. Coast Guard during World War II as a Coast Guardsman. He later served aboard the USS Hurst, which was one of thirty Coast Guard DE’s that were used to search for survivors in the South Pacific Islands.

He was an amateur boxer throughout the tri-state area in the late 1930’s and early 1940’s. While serving in the Coast Guard he became the 3rd Naval District Boxing Champion in New York City. Mr. Dillon also competed in the 1945 New York City Golden Gloves Boxing competition. Following the war, Mr. Dillon participated in many exhibition and professional boxing tournaments. In later years he trained and promoted amateur boxers to compete in several tri-state boxing competitions.

Wayne retired in 1983 from the former Crucible Steel Company in Midland, PA where he had worked for 43 years. He served as a township trustee for Middleton Township in Columbiana County and retired in 2003 after 10 years of service.

In addition to his parents he was preceded in death by his wife of 63 years, Vera (Danver) Dillon, brothers: Paul and Harry Dillon; step-sister: Vida Jordan and a grandson, Marshall Dillon.

Arrangements were handled by the Calcutta Chapel of the Martin MacLean Altmeyer Funeral Homes.