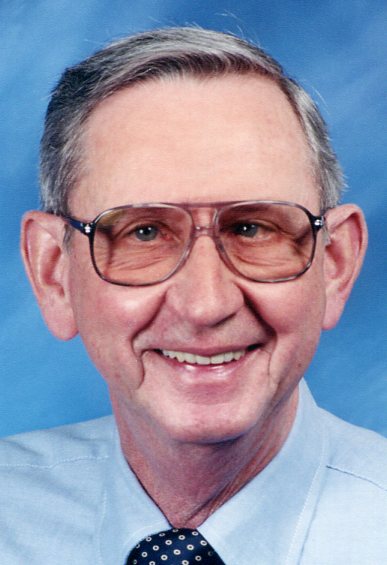 He was born in East Liverpool on October 9, 1931 the son of the late Alex Anderson Mansfield and Sara Gertrude (Nickle) Mansfield.  Thom was a graduate of East Liverpool High School, Class of 1949, and enjoyed their monthly get together.  He was an East Liverpool Letterman in Baseball and pitched in the city league for Irishtown and the American Legion.  He received a Bachelor Degree in Accounting from Geneva College and was a veteran of the United States Army and the National Guard serving during the Korean Conflict.  He worked as a Cost Accountant for Coltec Industries for 29 years before retiring 1982.

Tom enjoyed playing golf and was one of the first members of the Beaver Creek Meadows where he scored a hole in one.  He was a former member of Grace United Presbyterian Church, enjoyed woodworking and making golf clubs, ice skating at the Casting Club, was in the East Liverpool High School all boys band and a member of the ELHS Alumni Association.  He attended the Chester Church of the Nazarene.

Services will be held at the Calcutta Chapel of the Martin MacLean Altmeyer Funeral Homes on Monday, August 29, 2016 at 11 AM with Pastor Steve Cummings of the Chester Nazarene Church officiating.  Burial will follow in Columbiana County Memorial Park.

Memorial Contributions may be made to the East Liverpool Alumni Assoc., The Tri-State Burial Group at P.O. Box 2694, East Liverpool, OH 43920 or a favorite charity.