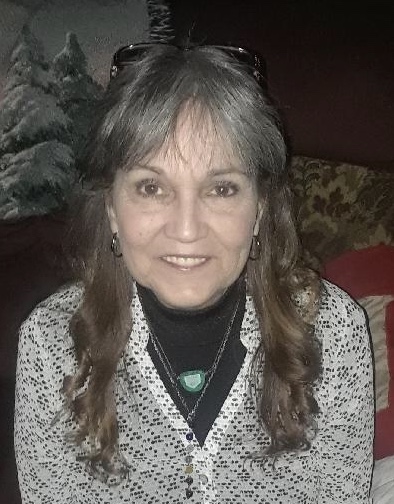 Theresa “Terri” Cheeks died peacefully at home on May 3, 2019 following a lengthy illness. She was born in Corpus Christi TX on December 21, 1955 a daughter of the late George and Grace (Anderson)Hoffman. She was the second born of their “6 angels.” Being a Navy Kid , Terri and her family traveled and lived in Texas, Tennessee, Florida , Virginia and eventually settling and living her life in East Liverpool. Terri was a graduate of East Liverpool High School Class of 1974. Terri met the love of her life Jim while working at Hills department store. They married on August 24, 1974, spending the next 45 years together. They then had their son Jim Jr. And 4 years later daughter Jennifer (Jenny Poo)
Terri was a peacemaker. A quiet, tender person with a heart of gold. She loved spring and summer. She loved to be outside working in her yard. She was an avid Steeler fan and couldn’t wait for every new football season to start. Above all else she cherished family. Terri worked 22 years for Aldi’s in Calcutta where she met and made many friends. She considered her coworkers her family. Terry lived her with dignity, strength and bravery. She would want us all to be kind and love one another as she had done. She preached the gospel, rarely using words. Let us now follow her example.
Terri will be missed by her husband: Jim Cheeks; a son: James T. Cheeks Jr. and his wife Christen of Salem; a daughter: Jennifer M. Tice and her husband Shaun of Schertz TX; a brother: John Michael Hoffman and his wife Gloria of Henderson TN; four sisters: Pamela Donahoo and her husband John of Norfolk VA, Brenda Kay Hoffman and her companion Tom Egan of East Liverpool, Cindy Scarfo and her husband David of Weirton WV and Marla Irene Raber and her husband David of Howie FL; her four beautiful granddaughters: Ava Cheeks, Jordyn Tice, Kamryn Tice and Landyn Tice; many nieces, nephews, cousins, her aunt Denise and all the many friends.
A Memorial Services will be held on Saturday, July 20, 2019 at 3 PM at the American Legion Post #374.
In lieu of flowers the family requests memorial donations be made to the National Pancreas Foundation 3 Bethesda Metro Center suite 700 Bethesda MD 20814, which may be made online at tmcfunding.com or at the funeral home.