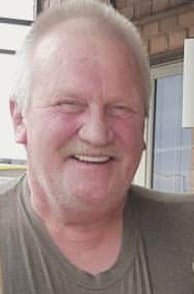 He was born June 22, 1955, a son of the late George and Mayme (Riffel) Elswick. Ted grew up in Webster County, WV, as a boy and moved to Mallet Creek, OH as a young man; where he developed a passion for auto mechanics. Later in life Ted worked for Safety Kleen, where he met the love of his life, Cheryl. Together, they moved to Wheeling and he started Ohio Valley Auto Body. After retirement, Ted worked as an auto insurance adjustor and continued being a hard-working entrepreneur.

Ted loved his children and was an extremely proud papaw, where he always arrived with treats such as clementine’s and cappuccinos. He was full of life and always had a goal to accomplish.  He was an avid Nascar fan and was also an excellent cook. He will truly be missed and remembered for his fierceness and sense of humor.

In addition to his parents, he is preceded in death by one brother, Leroy Elswick and his ex-wife, Cheryl Elswick.