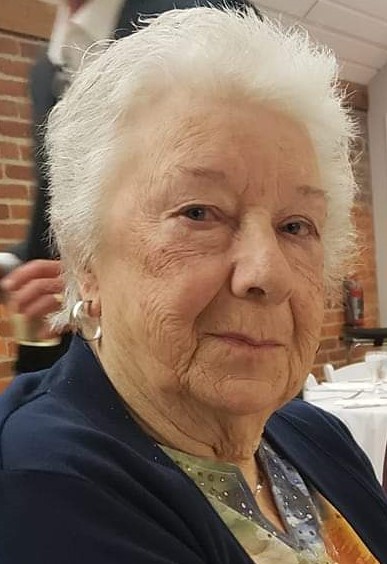 Sondra “Sandy” R Crawford, 84, of East Liverpool, passed away at St. Mary’s Alzheimers Center in Columbiana on Tuesday, April 5, 2022.  Sandy was born on February 11, 1938 in East Liverpool, the daughter of the late William and Jennie (Cunningham) Shultz.  She was a 1956 graduate of East Liverpool High School and lived in the area her entire life.

Sandy married her high school sweetheart Donald Crawford, Sr on December 1, 1956 and they spent the next 65 years making memories together. She began her career as a beautician with her mother at Mackall’s located in the Oddfellows building downtown East Liverpool.  After her mother’s retirement Sandy continued her career on her own. Sandy was very active during her lifetime.  She was an avid bowler and belonged to the Monday Night Belle’s, Tuesday morning,  and the Cosmo bowling leagues.  She was instrumental in starting co-ed volleyball at the downtown East Liverpool YMCA.  She was very talented in ceramics and at one time owned her own kiln.  She could often be found planting and weeding her four acre garden.  She was a gifted cook and baker.  She was able to bake without following recipes.  Her red velvet cake and spaghetti sauce were always a hit with her friends and family and although they tried, nobody could make them quite like Sandy.  She had a great sense of humor and loved her family fiercely.

Along with her parents, Sandy was preceded in death by her sister, Maxine Green and her beloved collie “baby” Shep.

Visitation will be held on Friday, April 8, 2022 from 12PM-2PM and from 4PM-7PM at the Care Funeral and Cremation Specialists- Martin Chapel in Calcutta.  The funeral will be held on Saturday, April 9, 2022 at 12PM with visitation taking place from 10AM until service time.  Sandy will be laid to rest in the United Presbyterian Cemetery in Calcutta.