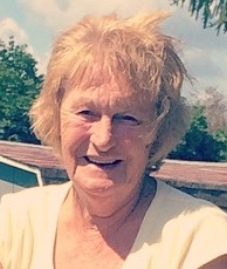 Shirley (Boyd) Locke, 79, of Salineville, Ohio passed away suddenly at Presbyterian Hospital in Pittsburgh on Saturday, March 17, 2018, after becoming ill suddenly at home.
Born in Toronto, Ohio on August 7, 1938, she was the daughter of the late John N. and Ruth Ann (Binegar) Boyd. Shirley had lived her entire life in this area, retiring in 2001 from Homer Laughlin China Co. where she worked as a Ware Handler.
Survivors include two sons; Fred Looman of Salineville, Oh. And Rex Looman of Carrollton, Oh. A daughter, Cheryl Smith of Salem, Oh. One brother, Ronald Boyd of East Canton, Oh. and three sisters, Wanda Williams of Thorneville, Oh., Evelyn Louise Williams of Dayton, Oh. and Donna Kingsolver also of Dayton, Oh. Eight grandchildren and 12 great grandchildren.
In addition to her parents, Mrs. Locke was preceded in death by two brothers.
Services will be held at 12:00 Noon on Wednesday, March 21, 2018, at the Wellsville Chapel of the Martin MacLean Altmeyer Funeral Homes with Ted Ludwig of the Everyones Welcome Church officiating. Burial will follow in Shadowlawn Memory Gardens in Newell.
Friends may call at the Wellsville funeral home on Wednesday from 10 AM until time of services at 12:00.
Friends may sign the guest book, view this obituary, or send condolences online at www.martinmacleanaltmeyer.com.