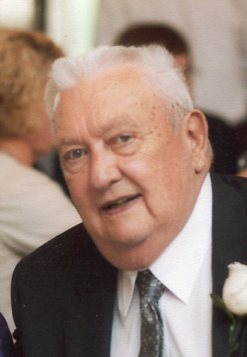 Samuel Wilson Kohler, age 81, of East Liverpool passed away at East Liverpool City Hospital after a brief illness. Sam was born in East Liverpool on January 15, 1935, the son of the late William and Melba (Delaney) Kohler, he had lived in the area his entire life and had attended the Boyce United Methodist Church.  He was a graduate of East Liverpool High School, class of 1952, and Geneva College with a B.S. degree in Engineering.  He retired in 1997 after 15 years from the Hall China Co where he worked in maintenance, prior to Hall China Co. Sam worked as a Maintenance Foreman at the former Crucible Steel for 27 years, retiring in 1980. Mr. Kohler was also a Veteran serving with the U.S. Army.

Survivors include his wife, Deanna R. (Wheldon) Kohler who he married on November 8, 1957. Three sons;  Richard W. Kohler and his wife, Debbie, of Bartlet, Tenn., Samuel F. Kohler and his wife, Karen Sue, of Deltona, Fl. and Phillip R Kohler and his wife, Heather, of Columbiana and his daughter, Kathleen Buth and her hysband, Marty, of Freeport, Ill.  Six grandchildren; Sarah, Courtney, Samuel, Jacob, Hannah, and Philip.  One sister Lillian Roach of Midland, Pa. and a niece, Sheridan Dagan of East Liverpool.

Services will be held 11:00 AM on Thursday, July 14th, 2016 at the Calcutta Chapel of the Martin MacLean Altmeyer Funeral Homes with his friend, Alvin Talkington, officiating.  Burial will follow in the Calcutta Cemetery.

Friends may view this obituary, sign the guest book, or send condolences online at www.martinmacleanaltmeyer.com.