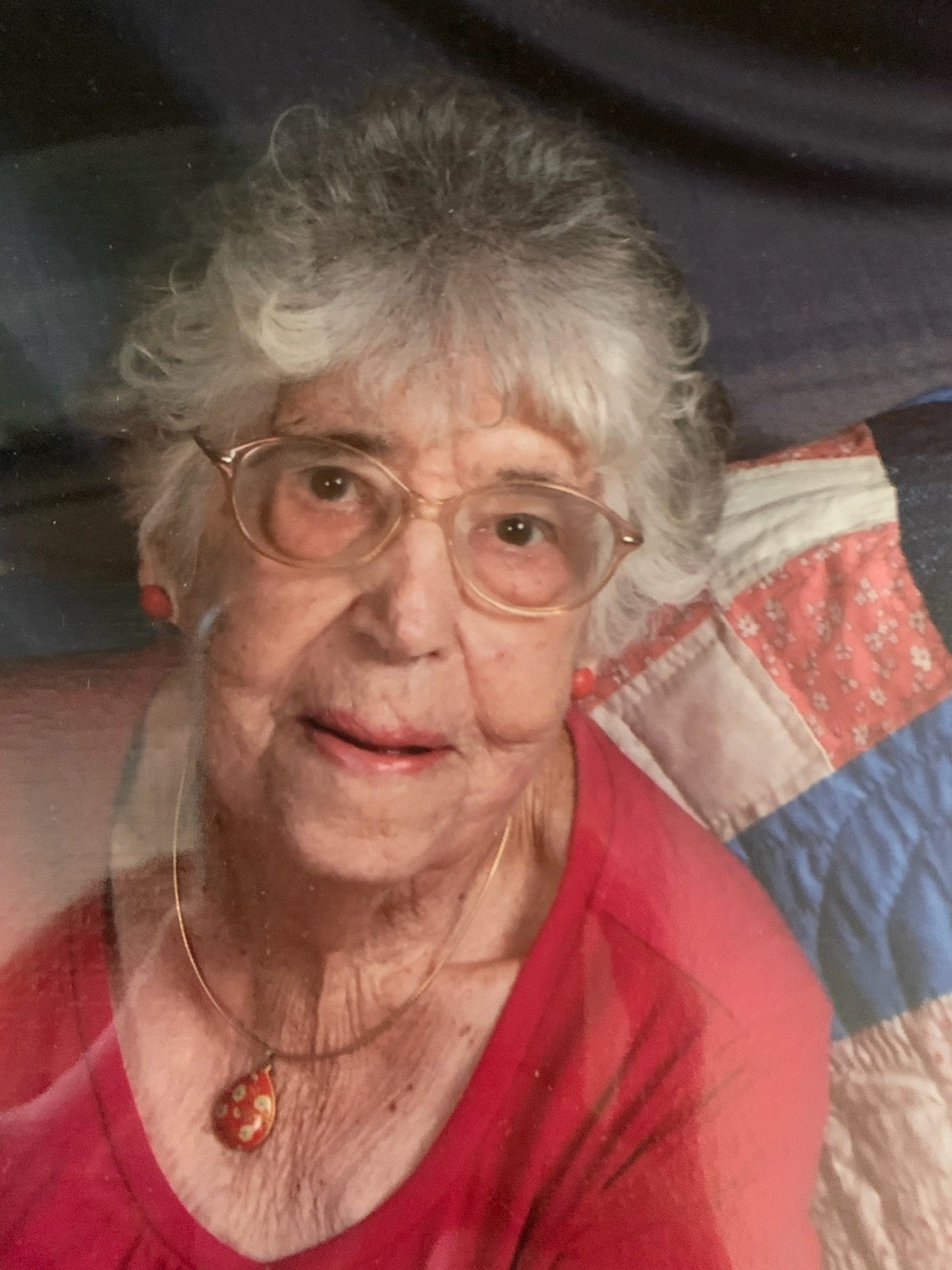 Ruth Margaret Geer Westbrook, age 100, passed away at her daughter,
Elaine’s home on Wednesday, April 22, 2020.
Mrs. Westbrook was born in New Cumberland, WV on November 7, 1919. The
daughter of the late Charles Allison Geer and Letha (Handley) Geer, she
had lived most of her life in both Northern West Virginia and Eastern
Ohio, working and retiring from the Homer Laughlin China Co. She later
worked at the Sitler and Carnes Orchard and last worked at Theiss Florist.
While attending school in West Virginia, she was knighted by the Governor
with the prestigious Golden Horseshoe award for being a good student. She
is a member of the Florida Keys Daughters of the American Revolution and a
member of Burton Memorial Methodist Church in Tavernier, Florida. Mrs.
Westbrook also enjoyed farming, working outside in her garden, quilting,
taking care of her cattle, and spending winters in Florida.
She was preceded in death by her husband, Ray Westbrook in 1982 after a
long illness.
Mrs. Westbrook is survived by two daughters, Sharon Braunberns of Key
Largo, Florida and Elaine (Michael) Ferguson of Leetonia and one son,
Danny (Melinda) Westbrook of Warren, Ohio. Five grandchildren; Barbara
(Edward) Pennicuff of East Liverpool, Margaret (Neil) Baker of Lisbon,
Thomas and Dallas Westbrook of Warren, and Joseph Westbrook of Howland
Center. She also has three great grandchildren, Cassandra Pennicuff,
Edward Pennicuff Jr. and Elizabeth Baker.
In addition to her parents and husband, Mrs. Westbrook was preceded in
death by a son, Ray Westbrook Jr.
Due to the Covid 19 virus a private graveside service will be held at the
Flats Cemetery in New Manchester, WV. In lieu of flowers you may make
donations to Hospice of the Valley 5190 Market Street Youngstown, Ohio
44512.
Friends may view this obituary or send condolences at
www.martinmacleanaltmeyer.com.
Mrs. Westbrook’s services have been entrusted to the Martin MacLean
Altmeyer Funeral Home in Calcutta.