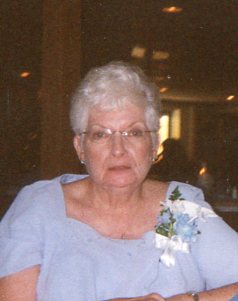 Ruth Ann Bowers, age 87, passed away on Monday, March 23, 2020, at her daughters home in Brave, PA, after a lengthy illness.
Mrs. Bowers was born in East Liverpool, Ohio, on January 20, 1933. The daughter of the late Emmett and Mary (Hart) Johnson and had lived most of her life in this area. She had been employed as a decaler at Modern Glass for 15 years retiring in 1998 and worked for the Board of Elections for 15 years.
She was preceded in death by her husband, Samuel Leonard “Len” Bowers in 2009. They were married on March 4, 1978.
Survivors include two daughters, Penny Sue Tennent of Brave, PA., and Teresa Ann Brown of East Liverpool, Ohio. Three step daughters, Jane Russell, Carolyn Moore, and Debbie Russell. 6 Grand children, and 10 Great Grandchildren.
In addition to her parents and husband, Mrs. Bowers was preceded in death by one son, James Biro and one daughter, Candy Lyn Biro, and three brothers.
Incompliance with Ohio State Regulations and in connection to COVID-19 virus, private family services are being held at the Martin MacLean Altmeyer Funeral Home in Calcutta. Burial will follow in the Spring Grove Cemetery. In lieu of flowers memorial contributions may be made to the family for funeral expenses. Friends may view this obituary online, send condolences to the family or sign the guest book at www.martinmacleanaltmeyer.com.