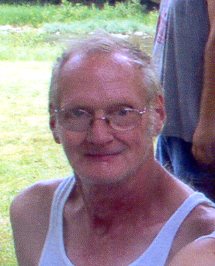 Ronald W. Carpenter died November 7, 2015 at his residence in Wellsville Ohio. Ronald was born in East Liverpool December 23, 1954 a son of Margaret B (Hayman) Carpenter and the late Sydney R. Carpenter.                Having lived all his life in the area Ronald was a graduate of Southern Local High School and worked in the slip house at Sterling China.

In addition to his father Ronald was proceeded in death by a brother Donald Carpenter.

The family will be present to receive friends at the Calcutta Chapel of the Martin MacLean Altmeyer Funeral Homes on November 9, 2015 2-4 and 6-8 PM.