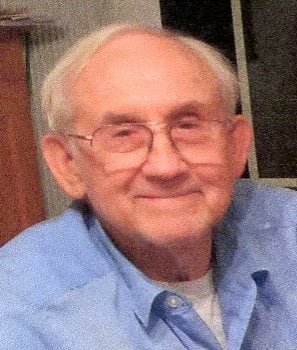 He was born on August 14, 1934 in Munhall, Pennsylvania the son to the late Peter and Anna (Ondo) Kazimer. Richard was a 1952 graduate of Munhall High School and served in the US Army from 1956 to 1958 before marrying his wife in Hazelwood, PA.  He had a love of cars and tinkering and fixing anything mechanical and was a former member of Crossroads Presbyterian in Monroeville, PA.

Richard was a devoted husband, father and grandfather and a proud employee of Westinghouse (Circuit Breaker Division) for over 50 years retiring in 2002.

He is survived by his wife Dolores J. (Bene) Kazimer at home whom he married September 11, 1958; a son: Richard A. Kazimer and his wife Linda of Plum, PA; a daughter:  Susan Dingman and her husband Patrick of Negley, OH; a sister:  Dorothy Sedlak of West Homestead, PA; a grandson:  Zachary R. Kazimer and two nephews:  Joey & David Sedlak of Pittsburgh.

No calling hours or services are planned at this time. The Calcutta Chapel of the Martin MacLean Altmeyer Funeral Homes has been entrusted with his arrangements.

Friends and family may view this obituary, sign the guestbook or send condolences online at www.martinmacleanaltmeyer.com or by visiting the funeral homes Facebook page.