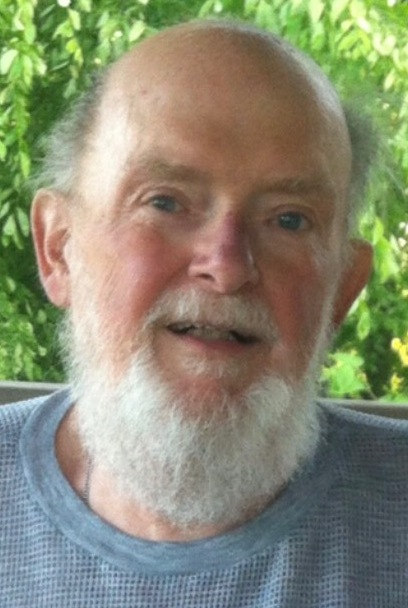 The following is a tribute to Richard Charles Davis, 78, of East Liverpool, who passed away on September 14th, 2017. Richard lived a full life as the patriarch of a loving family, many of whom gathered last night to celebrate his memory.
Richard was born in 1938 in East Liverpool to Henry and Mildred (Hanlon) Davis. The eldest of five children, Richard learned to take care of his loved ones at a young age. In his younger years, he enjoyed fixing up cars and wreaking havoc by driving those cars around the neighborhood. He was known to have a lead foot and to be the first person to bail anybody out of a tight spot at a moment’s notice.
He was preceded in death by two of the people he bailed out most, his younger brothers Henry and George Davis, as well as his parents Henry and Mildred. His younger sisters Barbara (Davis) Coil and her husband Alvin and Sandra (Davis) Minor and her husband Floyd, all of whom survive Richard, could no doubt tell a story or two from that time that could get Richard in trouble to this day.
He settled down and spent nearly 60 years with the love of his life, Barbara (Thorn) Davis, when they married on July 31st, 1958. He made a career working at Crucible Steel and made a home with his wife, raising five daughters, who he put before everything. This included his hair, which grayed and fell out at a young age being the only man in a house with six women. He loved to spoil his girls, and did so every day of his life (no matter what any of them would tell you). Each one would jump at the opportunity to help him go shopping on a pay day, knowing very well that they would get a new outfit out of the trip.
He is survived by all five of his daughters, Tammy Hancock and her husband Tom; Christine Francis; Teresa Davis and her fiancé Cory Boso; Stephanie “Stevie” Talbert and her husband Art; and Barbie Davis, for whom he and his wife have cared for lovingly for the past 21 years.
As a husband and father, Richard loved to take his family to their cabin at Guilford Lake, where he drank more Busch Light than anyone else on the campground, most of which were given to him by the lifelong friends he made during those years.
As Richard aged, his family grew. He had seven grandchildren: Mark Francis Jr. and his wife Abby (Hutchison) Francis; Cody Francis and his wife Loriann (Ace) Francis; Amanda Talbert; Art Talbert Jr. and his wife Sheena (Conroy) Talbert; Toni Jones; Jenna Francis; and Andrew Talbert. While his daughters like to deny that they were spoiled, none of these grandkids would even dare, as they know they always got everything they wanted when “Pap-Pap” was around.
During the later years of his life, Richard was blessed with seven great grandchildren: Emily, Alexa and Brielle Francis; Coralee Boso; and Wyatt, Chloe and Jensen Talbert. His babies were the light of his life in his later years, and the impact he made on them in their short time together will be carried with them for the rest of their lives.
He also made an impact on countless other peoples’ lives, as so many people have considered him a second father, a surrogate grandfather, a friend, and a mentor. He never knew a stranger and was always happy to open his door to anybody who knocked.
We will miss the way he would greet you at that creaky screen door, with a “hi, angel”; we will miss the stories of “Mean JoeJack” (the monster that he told the kids lived in the woods to keep them from wandering too far). We will miss the smell of his cologne, the scratch of his beard when he would give you a kiss (the same beard that he once shaved, which made his youngest daughter Barbie cry because she didn’t recognize him). We will miss watching westerns with him, the laughs and memories made, and the comfort of his embrace.
Richard led a life well-lived. He was a husband, a father, a grandfather, a trouble-maker, a prankster, a caretaker, a leader and a drinking buddy. He was dependable, honest, hilarious, strong, caring, loving, and sometimes so stubborn. The world might feel a little emptier without him, but, in reality, the world and so many peoples’ lives are so much more full because he was here. He was so loved, and he will be so missed.
Services will be held at the Calcutta Chapel of the Martin MacLean Altmeyer Funeral Homes on Monday, September 18, 2017 at 1 PM with Elder Tom Enochs officiating. Burial will follow in Columbiana County Memorial Park.
Family will be present to receive friends at the Calcutta funeral home on Sunday, September 17, 2017 from 2 to 4 and 6 to 8 PM.
Family and friends may view this obituary, sign the guestbook or send condolences online at www.martinmacleanaltmeyer.com or by visiting the funeral homes Facebook page.