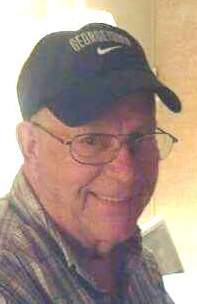 Perry Beagle, age 88, of East Liverpool, Oh. passed away at the Calcutta Health Care on Friday, February 17, 2017, after an extended illness.

The son of the late Oda and Josephine (Hudkins) Beagle, He was born in New Matamoras, Ohio on July 18, 1928. He had lived most of his life in this area working as a Warehouseman at the Homer Laughlin China Co. for 42 Years before retiring. He was also a Veteran serving in the U.S. Army.

He is survived by his son and daughter in law, Tommie and Megan Beagle of East Liverpool, Ohio and one sister, Dorothy Blatt of Paden City, West Virginia. 5 grandchildren and 4 great grandchildren.

In addition to his wife and parents, he was preceded in death by 10 brothers and sisters.

A personal family service will be held at a later date.

The family has entrusted his care to the Calcutta Chapel of the Martin MacLean Altmeyer Funeral Home.