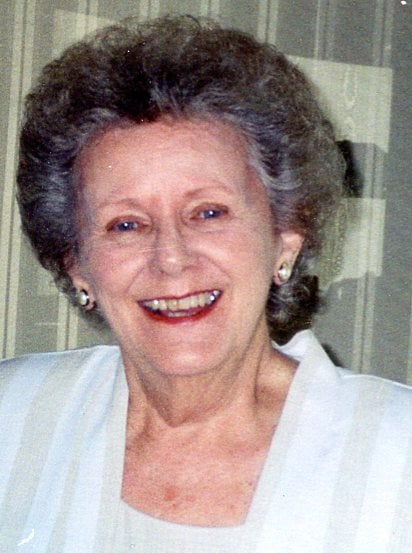 Peggie was born in East Liverpool on November 11, 1924 a daughter of the late Win Bennett and Inez Barnes Bennett. Having lived her life in the area, Peggie was a 1942 graduate of Wellsville High School. She joined the Riverside Presbyterian Church in 1946 and through the years was an Elder, a Deacon and for 30 years taught Sunday School. During World War II, Peggie worked as a long distance telephone operator. She married Charles “Chuck” Ewing March 1, 1944. She spent the next 63 years devoting her life to her husband and family. Charles passed July 9, 2007.

Services will be held at the Wellsville Chapel of the Martin MacLean Altmeyer Funeral Homes on at 3 PM on Sunday June 28, 2015. Family will be present to receive friends at the funeral home from 12pm until the time of service at 3pm Sunday.

Family requests that in lieu of flowers donations be made to the Riverside Presbyterian Church.

Family and friends may view this obituary and leave online condolences on our facebook page or by visiting www.martinmacleanaltmeyer.com