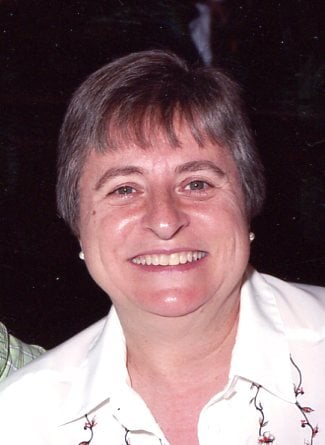 Paula Kay Ferguson-Webber, age 66, of Lisbon, passed away at St. Elizabeth Health Center in Boardman, on Friday, May 22, 2020, from a sudden illness and resulting complications due to a long standing autoimmune disorder.

Born in East Liverpool, Ohio on June 9, 1953, Paula was the daughter of the late Harold E. and Mary L. (Prince) Ferguson.

She was a graduate of Beaver Local High School in 1971, which is where she met and eventually married her loving high school sweetheart, Charles N. Webber, on June 4, 1971.

Paula taught as an English teacher for 26 years at Edison Local School District in Jefferson County, where she was named Teacher of the Year in 1991. She chose to take an early retirement in order to spend and enjoy more time with her family and especially her grandchildren which were her passion in life.

She was a member of Madison Trinity Church, in West Point. Paula loved the Lord with all of her heart. One of her greatest passions in serving the lord was “Operation Christmas Child”, for her it was an all year event.

Paula was a widely respected rock and pillar within her family and community. The love that emulated from within her touched the lives of everyone she came in contact with. She enjoyed spending time with family any way she could; by hosting family gatherings, camping, attending every event, and giving endlessly of herself.

In compliance with Ohio State regulations and concern with the Covid 19 virus a private celebration of Paula’s life will be held at the Calcutta Chapel of the Martin MacLean Altmeyer Funeral Home with Pastor Dave Frye officiating.  Burial will follow at Spring Hill Cemetery in Wellsville. The public is encouraged to send condolences to www.martinmacleanaltmeyer.com.

Memorial contributions may be made to ‘Operation Christmas Child’, care of the Madison Trinity Church, 13480 State Route 45, Lisbon, OH  44432