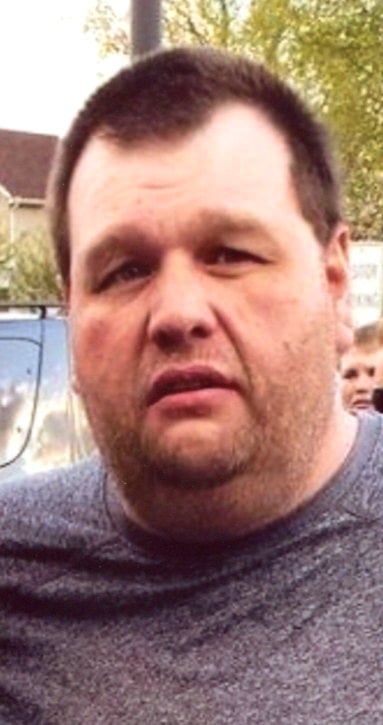 Paul Jacob Daniels, 48, of Wellsville passed away Friday, March 18th, 2022 after a lengthy battle with his health.

Paul was born in East Liverpool on December 25th, 1973 to his loving parents William Congo and Patricia Daniels. He lived in the area his entire life, graduating from Wellsville High School in 1992. Paul worked at Speedway (Rich Oil) gas station in Wellsville for over 10 years until the end of 2021.

Paul was a good man, and he loved everyone. He would always go out of his way to help others, even if they were a stranger to him. Paul was a huge Washington Redskins fan.  He loved his family most of all, and will be dearly missed by those he leaves behind.

Paul is preceded in death by his grandparents James and Estella Daniels, his father, William Congo, his step father, James Hanlon, and his uncles Frank, Elmer, and Jimmy Daniels, as well as his cousin, Hugh Emmet Daniels.

Paul is survived by his mother, Patricia Hanlon, and his step-children, who he loved as his own, Katlynn and Austin Jackson as well as his grandson, Maverickk Rosenbaum.

In addition to his immediate family, Paul is survived by his aunts Treva Daniels, Janie (Dave) Rawson, Kathy (Donald) Heiney, and his cousins Stephanie (Dave) Brown, Heather McCarthy and her son Jake, Tina Heiney and her son Gaven, Tara Williams, and Levi Brown. He also leaves behind his wife, Kari Daniels.

Friends and family will be welcome at the MacLean Chapel of Care Funeral & Cremation Specialists in Wellsville on Monday, March 21st, 2022 from 2-4pm and 6-8pm. The funeral service will be held on Tuesday, March 22nd, at 1:00pm, with Pastor Dirk Hall from The Living Well church officiating.  Paul will be laid to rest in Yellow Creek Presbyterian Cemetery.