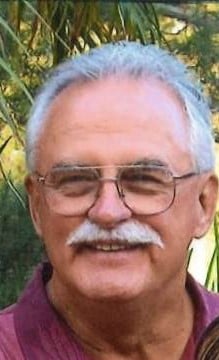 Patrick Joseph Grippe, of East Liverpool passed away peacefully on Wednesday February 10 at home after a lengthy illness and finally Covid 19. He had been under the care of Community Hospice since July 2020.

Patrick was born in Meadville, PA, on July 18, 1942, the son of the late Joseph and Alberta Siverling Grippe.  He graduated in 1960 from Cambridge Springs High School and went immediately into the Navy at age 17. He was discharged on July 17, 1963, the day before his 21st birthday. At that point he began his apprenticeship with the Plumbers & Steamfitters. He retired from Steamfitters Local Union 449 in 2002 mainly for health reasons.

Patrick married Susan Rambo Grippe on May 19, 1996 and together they spent 24 wonderful years making memories together.

The two words that come out of the mouths of many to describe him are “hard working.” He didn’t know when to stop. He was a people person and would talk to anyone. He enjoyed helping others and volunteering. Patrick delivered Meals on Wheels for many years. He was a volunteer at the Elkton Federal Prison doing prison ministry. He loved going there. On Thanksgiving he would go to the East End and help pack up and deliver dinners. He mowed grass and did repairs for those unable to do it themselves. He bought shoes or coats for those in need.

He is survived by his wife, Susan Rambo Grippe, always by his side she was his voice of reason. Or at least she tried. As his needs shifted, she became his caregiver and was at his side to the end.  Patrick was also survived by: three daughters: Gina (Keith) Baxter and Jennifer (Don) Elder, both of California, and Jessica (Stephen) Terrazas, of Arizona;  two sons, Brian Gamble, of Calcutta and Andy (Tina) Gamble, of Wellsville; seven grandchildren: Derrick and Justin Elder, Jeren, Audrey, and Caleb Terrazas, and Gavyn and Keith Gamble.  He is also survived by numerous nieces and nephews and his “special breakfast buddy” Bob Reed.

Patrick was preceded in death by: three sisters: Rose French, Maryann Smith, and Greta Prenatt and his brother, Carl Grippe.

A private family viewing was held on Friday, February 12, 2021 at CARE Funeral & Cremation Specialists- Martin Chapel in Calcutta, with Pastor Greg Mead officiating  A celebration of his life will be held when we can gather safely.