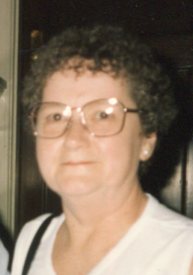 She was born in East Liverpool, Ohio on September 3, 1940 a daughter to the late Howard P. and Thelma A. (Hackathorn) Flanigan. Patricia was a 1958 graduate of East Liverpool High School and worked as a Ware Dresser for The Homer Laughlin China Company for 30 years before retiring in 2003. She was a member of the Local GMP and enjoyed playing bingo and crocheting.

In addition to her parents she was preceded in death by her husband Robert L. Carl Sr. whom she married in 1967 and a brother: William Howard Flanigan.

Services will be held at the Calcutta Chapel of the Martin MacLean Altmeyer Funeral Homes on Saturday, December 3, 2016 at Noon with Pastor Dirk Hall of the Living Well Church in Wellsville officiating. Burial will take place in Riverview Cemetery at a later date.

Family will be present to receive friends at the Calcutta funeral home on Saturday, December 3, 2016 two hours prior to the service from 10 AM to Noon. Family and friends may view this obituary, sign the guest book or send condolences online at www.martinmacleanaltmeyer.com or by visiting the funeral homes Facebook page.