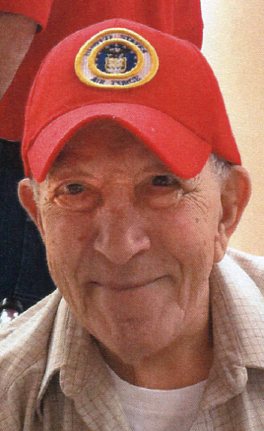 Pete P. Muscari, 93 of East Liverpool, OH passed away on Tuesday, September 6, 2016 at his residence following a lengthy illness.

He was born on May 26, 1923 in Vandergrift, PA a son of the late Elario and Mary (Frank) Muscari and his step-father Charles Papendry. Pete was a Veteran of the United Air Force for 40 years where he served as a Master Sgt. He spent one year in Saipan working on the B29 that delivered the A bomb to Japan. He retired from Crucible Steel after 43 years where he worked as a Hot Strip Roller. He was a member of the 911th Tactical Air Lift Command, the Glenmoor American Legion Post #734, the Air Force Sergeants Association, a member of the Photographic Society, an avid photographer and a member of the Wellsville and Youngstown Camera Clubs.

In addition to his parents he was preceded in death by a brother: Dominic Muscari and a sister: Ester C. Manfredi.

A Service of Remembrance will be held at the Calcutta Chapel of the Martin MacLean Altmeyer Funeral Homes on Saturday, September 10, 2016 at 4 PM.

Family will be present to receive friends at the Calcutta funeral home on Friday, September 9, 2016 from 6 to 8 PM and Saturday from 2 to the time of service at 4 PM. Veteran Services will take place at a later date in Arlington National Cemetery.