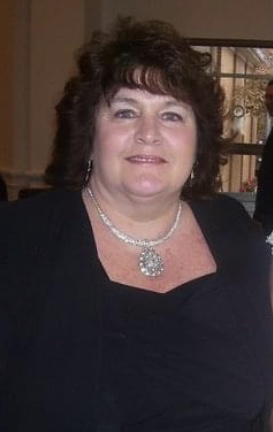 Nancy Jean Springer, 69, passed away at East Liverpool City Hospital following a recent illness.  Nancy was born in East Liverpool on February 14, 1952, the daughter of Glenda Bock and the late George Bock.  She was a 1970 graduate of Beaver Local High School and lived in the area her entire life.  Nancy married the love of her life, Ben Springer, on March 17, 1979, and from their union they raised three children together.

Nancy was employed for almost 40 years as a bus driver for Beaver Local schools.  She was active in various groups with Beaver Local while her children attended school.  Nancy was an avid boater and loved being on the water or spending time on Babbs Island with her family and friends.  She loved sitting around the campfire telling stories and jokes.  Her joyous, infectious laughter spoke volumes about her love for those around her.  Nancy could often be heard singing to her grandchildren or teaching them a new silly song that they would sing together.  When her health was good, she would attend Longs Run Presbyterian Church where she was a member.

Left behind to cherish her memory are: her husband Ben, who survives her at home; her son Benjamin “Benny” (Andrea) Springer, of Calcutta; daughter, Brandi (Gabe) Williams, of Kennesaw, Ga; her mother, Glenda Bock, of East Liverpool; two brothers: Michael (Vickie) Bock and Daniel (Vicki) Bock, both of East LIverpool; and six grandchildren whom she loved with her whole heart: Garrett and Lindsey Lyle, Molly and Bodhi Springer, and Troy and Lana Williams.  Nancy is also survived by numerous aunts, uncles, nieces, nephews, and cousins.

Along with her father, Nancy was preceded in death by her daughter, Jennifer Springer, who passed away on August 20, 2013

Visitation will be held on Thursday, June 10, 2021 from 5PM-7PM at Care Funeral & Cremation Specialists- Martin Chapel in Calcutta.

To read this obituary, sign the guestbook and leave condolences to the family, please visit carechapel.com