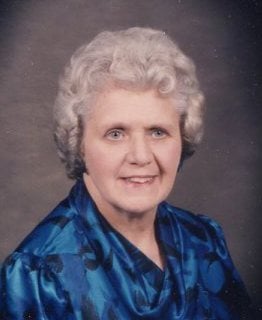 Ms. McNicol was born in Wellsville, Ohio, on January 27th, 1930 and had lived her entire life in Wellsville. The daughter of the late Edward Leo McNicol and Kathryn Isabel McNicol, she was a graduate of Wellsville High School, class of 1947. She was employed at Potter’s Bank & Trust  as a teller and account specialist retiring in 1993 after 31 years. She was also previously  employed as a clerk at Bell’s Market in Wellsville. Ms. McNicol was a member of the Holy Trinity Parish, and a former member of the Immaculate Conception Church. She was actively involved with the Wellsville High School Alumni Activities Committee, and helped organize the 5 year alumni dinner, as well as the monthly spaghetti dinners.  Mary was also on the Save the Immaculate Conception Church Committee, and was a volunteer for Meals on Wheels.

In addition to her parents, preceding her in death was a brother: Thomas J. McNicol, and a sister-in-law: Elizabeth A. McNicol.

In compliance with Ohio State Regulations and in connection to the COVID-19 public health crisis, a private family service will be held at MacLean Chapel of Care Funeral and Cremation Specialists in Wellsville at 1pm on Tuesday, May 12th. Visitation (proper social distancing observed) will occur two hours prior to the service. Burial will take place at Saint Elizabeth’s Cemetery immediately following the service.

Donations may be made in Mary’s memory to the Wellsville High School Alumni Activities Committee at 201 3rd Street, Wellsville, Ohio.