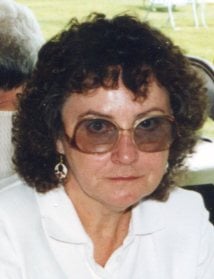 She was born in East Liverpool on January 16, 1943 a daughter to the late George and Isabella Mary (Smith) Boso. Living her entire life in this area, she was a 1961 Graduate of Beaver Local High School and worked as a clerk for the former Quicky Meat Market for 13 years and was a member of the West Point Nazarene Church.

She is survived three brothers: Raymond Boso of Calcutta, OH, Howard Boso of Apache Junction, Arizona and William Boso of Atwater, OH along with one sister:  Catherine Dickson of Salem, OH.

In addition to her parents, she was preceded in death by her husband Ralph Ronald Springer whom she married in 1971; two brothers: George and Robert Boso along with two sisters:  Janet Bailey and Norma Shuman.

Services will be held at the Calcutta Chapel of the Martin MacLean Altmeyer Funeral Homes on Wednesday, March 30, 2016 at 1 P.M. with Pastor Mike Simms of the church officiating. Burial will take place in Calcutta United Presbyterian Cemetery.

Family will be present to receive friends at the funeral home on Wednesday one hour prior to the service.