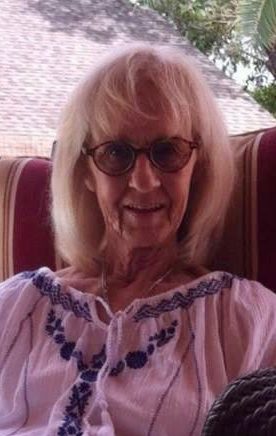 She was born on May 7, 1939. She was the first daughter born to the late James Hawthorne and Helen McCollough Hawthorne in Hopedale, Ohio.

Mary Ann was active in the Real Estate industry as a broker and later served on the Belmont County Board of Realtors. She finished her career as the manager of Hillandale Homes before her eventual retirement.

She was Catholic by faith and, in her later years, loved to plant and landscape as a hobby. She was an expert at reupholstering and restoring furniture, a wonderful decorator, and tireless worker who took considerable pride in her home.

She is survived by her children, James Weir of Martins Ferry, Ohio, and Jacquie (Paul) Cacciatore Phoenix, Arizona. In addition, she is survived by her grandchildren, Alexandria (Anthony) Godoy, Taylor Lorraine Wisvari-Weir (fiancée of Dana Jones), Jack Vincent Weir (fiancé to Haley Garcia), and great-granddaughter Piper Stephanie Godoy. She is also survived by her sisters, Joyce Shrodes, Helen Mercer, Paulette Kendall, and brother Robert Hawthorne, she was also “Nanny” to several nieces and nephews.

She was preceded in death by her beloved husband of 53 years, Jack Weir and by her youngest son, John Christopher Weir.

The service arrangements for Mary Ann will be later and at the discretion of the family. In lieu of a service and condolence items, we ask that a donation be made to Mary Ann’s long-standing commitment of giving to St. Jude Children’s Research Hospital Memorial, Honors Program, by visiting TMCFunding.com or by mail- 501 St. Jude Place, Memphis, TN 38150-9956 (www.stjude.org).