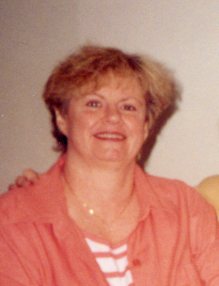 Mary Ann Hays, age 67, of Malvern, Ohio passed away on Friday, March 4, 2016, at the University Hospital in Cleveland after a lengthy illness.

Born in East Liverpool on October 15, 1948, Mary Ann was the daughter of the late Jack A. and Esther (McBane) Lanam, she had lived in the Malvern area since 1969 and was employed as a Library Assistant at the Minerva Public Library retiring in 2010.

She was a graduate of Wellsville High School in 1966 and in 1986 she graduated from Kent State University with a Bachelor’s Degree in Elementary Education. Mary Ann attended the First Presbyterian Church and enjoyed playing cards with her family and friends.

She is survived by her daughter, Sarah B. Hays of Malvern, Ohio, a sister, Connie M. Rush and her husband, John, of Orient, Ohio and her brothers in law and their wives, Dean and Dana Hays of Elida, Ohio, Terry Jay and Terry Hays of Salineville, Ohio, Ray and Cindy Hays of Wellsville, Ohio and Jon and Lisa Hays of East Liverpool, Ohio

Services will be held on Wednesday, March 9, 2016, at 11:30 AM at the Calcutta Chapel of the Martin MacLean Altmeyer Funeral Homes with Pastor Joseph Svancara of the First Presbyterian Church of Waynesburg officiating. Burial will follow in the Yellow Creek Cemetery.

Family will be present to visit with friends at the Calcutta Funeral Home on Tuesday from 5 to 8 PM.

In lieu of flowers memorial contributions may be made a local Public Library or a no kill animal shelter.

Friends may view this obituary, sign the guest book, or send condolences online at www.martinmacleanaltmeyer.com.