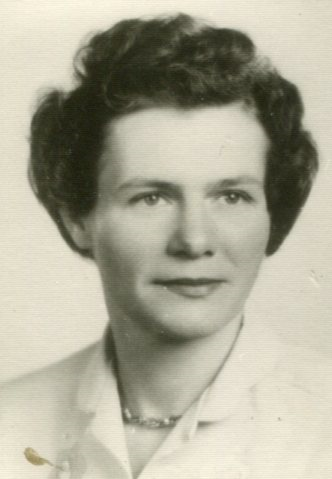 Martha Mary O’Neill, of Wellsville, went peacefully to heaven with her family by her side on April 14th, 2017. Martha was born April 3rd, 1925 in Steubenville, Ohio to the late Caesar and Martha (Crawford) Sunseri.

On her final day on earth, Martha celebrated her 92nd birthday alongside 33 friends and family members at The Orchards at Foxcrest. She was the beloved wife of the late Byron O’Neill and a mother to five: Stephine Barrow & her husband Henry of Baltimore; Deborah Comparetto & her husband Mac of Wellsville; Marc McCune and his wife Madaline (Annie) of Coconut Creek, Florida; Thomas McCune & his wife Julie of Alliance; and Barbara Recek & her husband Joseph of Wellsville. Martha was also the step-mother of Mrs. Mary (O’Neill) Sams and her husband Larry of Wellsville, and the late Byron O’Neill Jr. of Parkersburg, WV. She was a grandmother of 16, great grandmother of 18, and is survived by her two sisters: Margaret (Angel) Dipasquale of Follansbee, and Nancy Monti of Steubenville.

Martha was a retired bus driver and hostess, and 54 year auxiliary member of the Wellsville Fraternal Order of Eagles. She attended the Immaculate Conception Church for 50 years, and later Holy Trinity Parish. She enjoyed wine, swimming, cooking, traveling, grocery shopping, spending time with her loved ones, and her pets.

Martha’s mind stayed sharp by reading catalogs, cookbooks, and newspapers, while enjoying daily phone calls from friends and family. She never met a stranger, never had an enemy, never held a grudge, and opened her home to anyone needing rest and a warm meal. She was the rock in her family, and her home remained a place of joy and comfort to everyone. She was a mother and grandmother to some, but a friend to all.

Services will be held at the Wellsville Chapel of the Martin MacLean Altmeyer Funeral Homes at 11 Am on Friday, April 21, 2017 with her son Tom McCune conducting the service. Interment will follow at St. Elizabeth Cemetery in Wellsville.

Calling hours are from 2-4 & 6-8 pm on Thursday, April 20th at the Wellsville funeral home.

In lieu of flowers, contributions may be made in memory of Martha to Holy Trinity Parish, 235 W. 5th Street, East Liverpool, Ohio 43920.