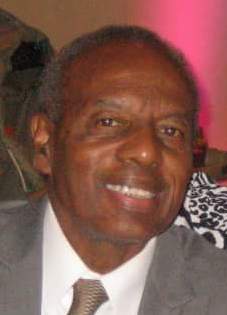 Luther D. “Luke” Pullie, age 75, of Wellsville, passed away on Saturday, September 5, 2015, in the Emergency Room at East Liverpool City Hospital where he was taken after becoming ill earlier at home.

Born in Wellsville, Ohio on September 11, 1939, he was the son of the late William M. and Matilda A. (Thornton) Pullie. Living his entire life in Wellsville, Mr. Pullie was a graduate of Wellsville High School, class of 1957. He retired in 2009 from WHEMCO, where worked as a Pattern Maker. He enjoyed wood- working around his home and spending time with his family.

In addition to his parents, he was preceded in death by four brothers; William Pullie, Donald Pullie, Gary Pullie, and Melvin Pullie.

Services will be held 1:00 PM on Friday, September 11, 2015, at the Wellsville Chapel of the Martin MacLean Altmeyer Funeral Homes with Rev. Ernest Peachey of the Second Baptist Church in East Liverpool officiating.

Family will be present to receive friends at the funeral home in Wellsville on Thursday from 2 to 4 and 6 to 8 PM.

Family and friends may view this obituary, sign the guest book or send condolences online by visiting the funeral homes Face Book Page or by visiting our new website at www.martinmacleanaltmeyer.com.