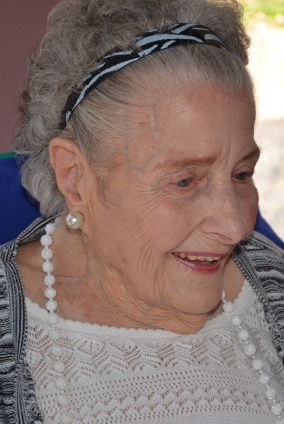 Laura was born in Costonia, OH on September 5, 1914, but moved to Westfield Road at age 3 where she resided her entire adult life. She is predeceased by her parents, Hiram and Lucinda Brooks Lowers, by her brothers Harry Truman Lowers (wife Helen Serafy), William George Lowers (wife Marjorie Frye), and her twin brother Lee Lewis Lowers (wife Flora Mae Clutter) and by her sister Mary Lois Lowers (husband Edward Dunlap).  She is also predeceased by her husbands’ Jack Scott Gilchrist and James Carl Cunningham.

She is survived by her daughters, Beth Gilchrist of Jacksonville FL and Cinda Gilchrist Tattrie Russell-Reese of West Chester PA also the location of Pocopson Home where Laura lived until her death.

Laura was employed at East Liverpool potteries including Pearl China, Homer Laughlin and Harkers. She was an active member of local senior clubs and enjoyed gardening, canning, and was well-known for making Raggedy Ann and Andy dolls.

She will be missed by her friends, neighbors and family.

Calling hours will be held at the Calcutta Chapel of the Martin MacLean Altmeyer Funeral Homes from 9:00 –11:00 A.M on Sunday, July 3, 2016 with a casual memorial service following at 11 A.M with Pastor John Smith officiating.

In lieu of flowers, friends are asked to contribute to LaCroft Church of the Nazarene.