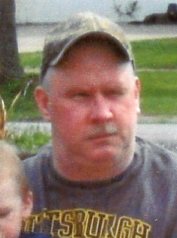 Larry R. Blakeley Jr., 49, of Lisbon passed away at his residence on June 8th 2020 following a lengthy illness.

Mr. Blakeley was born in East Liverpool, Ohio, on August 9th, 1970 and had lived his entire life in this area. The son of Larry R. Blakeley and Patricia Blakeley (Montgomery), he was a graduate of Wellsville High School.

He was preceded in death by a son: Nathan Blakeley, who passed away on April 7th, 2018.

A memorial service will be planned on August 22nd 2020 at Beaver Creek State Park.

Mr. Blakeley’s care has been entrusted to the MacLean Chapel of the Care Funeral and Cremation Specialists in Wellsville, Ohio.