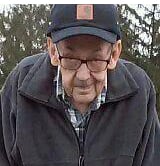 Kenneth was a Christian by faith, was the owner of the former, Sampson Auto repair, where he specialized in VW repair, worked for Imperial Display as a lathe maintenance repairman and retired from the WV Dept. of Transportation as a Mechanic.

In addition to his parents, Kenneth was preceded in death by his wife, Clarice Evelyn (Rush) Sampson; two sisters, Edith Wayt and Hazel Whitlatch and three brothers, Bud, Roy and Earl Sampson.

Friends will be received Thursday, December 1, 2016, from noon until the time of services at 1pm at CARE Funeral & Cremation Service, 1500 Second Street, Moundsville, with Pastor C.J. Plogger officiating.