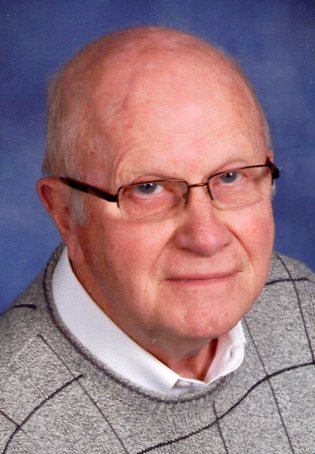 Keith E. Thomas, 82 of Calcutta passed away Friday, January 11, 2019 following a lengthy battle with cancer.
He was born in Wellsville on January 13, 1936 the son of the late Edward E. and Sylvia (Morris) Thomas. Living his entire life in this area, he was a 1953 graduate of Wellsville High School, a graduate of the Ohio Valley Business College and attended the Metallurgical School in Weirton, WV. Keith worked at Crucible Steel as a Metallurgical Tech before retiring after 30 years. He then went on to drive a bus for the East Liverpool City Schools for another 13 years before retiring in 2001. Keith was a 56 year member of the Masonic Lodge #315 and a 32nd degree Mason in Scottish Rite Valley of Steubenville and a lifetime member of the Wellsville Elks Lodge. He was also an avid golfer, Pittsburgh Steeler fan and Ohio State fan and was a member of Good Shepherd United Methodist Church where he served as a Trustee and Usher.
He is survived by his wife Raylene (Smith) Thomas whom he married August 26, 1954; a son: Mark Thomas and his wife Rhonda of Calcutta, OH; a daughter: Deborah Williams and her husband Terry of East Liverpool, OH; grandchildren: Drs. Tera Conway and Collin Conway of Pittsburgh, PA, Lynn Shilot and her husband Dr. Jesse Shilot of East Liverpool, OH and Paige K. Thomas of Pittsburgh, PA and great grandchildren: Thomas & Lilly Shilot of East Liverpool, OH.
In addition to his parents he was preceded in death by his sister: Carolyn Green and his beloved canine friend Effi.
Services will be held at the Calcutta Chapel of the Martin MacLean Altmeyer Funeral Homes on Monday, January 14, 2019 at 11 AM with Rev. Duane Hetzer of Riverside Presbyterian Church officiating. Burial will take place in Riverview Cemetery.
Family will be present to receive friends at the Calcutta funeral home on Sunday, January 13, 2019 from 1 to 3 PM and 6 to 8 PM. Masonic Services will be held Sunday evening at 7:30.
In lieu of flowers, memorial contributions may be made to the American Cancer Society.
Family and friends may view this obituary or send condolences online at www.martinmacleanaltmeyer.com or by visiting the funeral homes Facebook page.