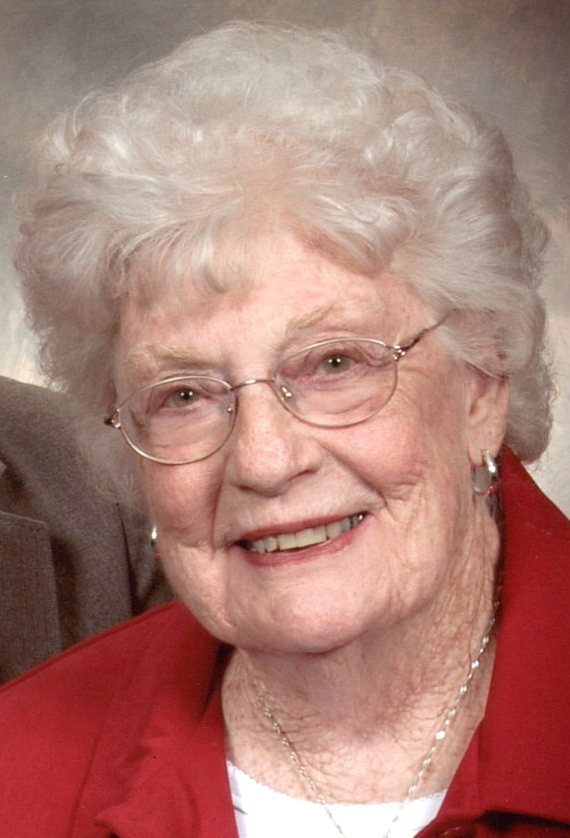 Kathleen “Kate” Barker, 89, of Calcutta passed away on Sunday, September 3rd, 2017 after an extended illness.
The daughter of the late John T. and Hilda (Goppert) Allison, Kate was born in Chester, W.Va. on August 22, 1928 and lived her entire life in the area as a homemaker. She was a graduate of Chester High School, class of 1946, and attended the Ohio Valley Business College. A very active member of St. John Lutheran Church and the LCW of the church, Kate was also a member of the East Liverpool Garden Club, the Beaver Local Homemakers Group, the Red Hats, the Eastern Star, enjoyed playing golf and was very active with Meals on Wheels.
On November 20, 1949, she was married to the late Robert H. Barker who died on December 11, 2014.
Survivors include a daughter, Janice Reeder and her husband, Gary, of Clarkson, one son, David Barker, of Almaty, Kazakhstan, Five grandchildren; Tim Reeder of Rogers, Oh., Kathy Boggs and her husband Patrick, of Calcutta, Jessica Marsh and her husband, Alex of Oxford, England, Alexander Barker of Columbus, Oh. and Dalida Barker of Almaty, Kazakhstan. Five great grandchildren; Jacob, Lora, Mason, Katelyn and Owen.
In addition to her parents and husband, Kate was preceded in death by two brothers, Walter Allison and George Allison and one sister, Alma Culp.
Services will be held on Thursday, September 7, 2017 at 11:00 AM at St. John Lutheran Church with Pastor Eric Edwards officiating. Burial will follow in the Riverview Cemetery.
Family will be present to receive friends at the Calcutta Chapel of the Martin MacLean Altmeyer Funeral Homes on Wednesday from 2 to 4 and 6 to 8 Pm and one hour prior to services at St. John Lutheran Church on Thursday.
Memorial contributions may be made to St. John Lutheran Church at 400 Hill Blvd. East Liverpool, Ohio 43920.
Family and friends may view this obituary, sign the guest book, or send condolences to www.martinmacleanaltmeyer.com