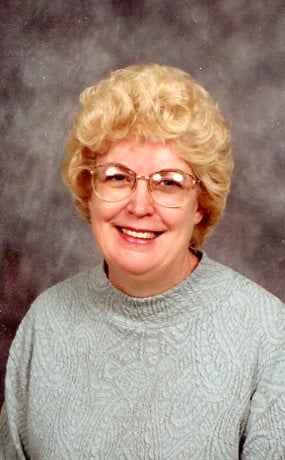 Karen was born on March 25, 1944 in East Liverpool, Ohio. She was the daughter of the late Elizabeth “Tootsie” (Dugan) Cain and Franklin Haught.  On July 25, 1961, Karen married her high school sweetheart, Matt Stipec, and they spent over 62 wonderful years together.

Karen was a strong person with a never-give-up spirit. She was a stay-at-home mom until her kids were grown, then returned to school and graduated from college at 50.  She spent the next 15 years teaching English at Oak Glen High School and later substitute teaching until she was forced to retire after being stricken with dementia.

She loved spending time with her family, always placing others’ needs before her own.  She said many of her fondest memories were enjoyed with family and friends in the “Mountains,” their camp in Mt. Jewett, PA.  She was a fierce bowler and 500 player–a member of the CC Card Club for over 50 years.

In addition to her parents, Karen was preceded in death by her sister, Rosie Williams, her nephew, Jeffery Dennis, and her step-father, Detmer Cain.

Friends may visit at the CARE Martin Chapel in Calcutta on Friday from 6 to 8 pm or Saturday from 11 am to 1 pm.  Father John Neiman will conduct a service at the funeral home on Saturday at 1 pm.  Friends and family will gather at the reception center immediately following the service.

Karen’s family would like to extend a special thank you to Susie and all the nurses, aides, and staff at St. Mary’s Alzheimer’s Care Center who blessed her with the most loving care and compassion.  You are living angels.