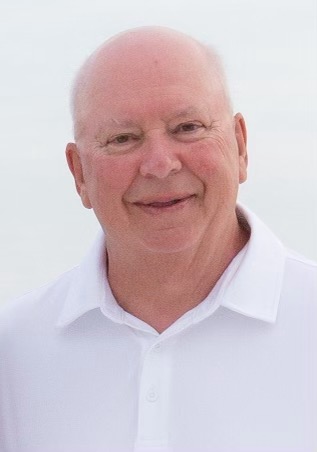 Joseph A. Pease, age 74, passed away on Thursday, December 10, 2020 at the Salem Regional Medical Center after a six week battle with Covid-19.

The son of the late Harry S. and Margaret (Beiling) Pease and the youngest of 6 , Joe was born in East Liverpool on July 18, 1946 and had lived his entire life in Calcutta, Ohio. After graduating from Beaver Local High School in 1964, Joe attended Youngstown State University where he received his Bachelors of Science degree in Business Administration.  He taught in the business department of Beaver Local High School for 35 Years, retiring in 2003. During his years at Beaver Local Joe coached Junior High Football and Basketball.

He loved fishing, garage sales, and baseball. He spent many years at the Old Timers Complex where he coached little league baseball while his sons played.  Besides spending time with his family, Joe loved going to spring training games for the Atlanta Braves with his wife Kathi and enjoyed seeing the Oak Ridge Boys perform.

In addition to his wife, Joe is survived by his children, Becki Hilditch and her husband, Charlie, of Calcutta, Brian Pease and his wife Sara of Calcutta and Brent Pease of Cleveland.  He was known as “Pa” to his six loving grandchildren; Parker and Sophia Pease,  Laci, Bria, Matt and Josh Hilditch all of Calcutta.  Also surviving are two brothers; Jack Pease and Ronald (Betty) Pease,  all of Calcutta, as well as his mother in law Beatrice Rupp of West Point.

In addition to his parents, he was preceded in death by three brothers, Harry Pease III, Glenn Pease and William Pease and father in law Dallas B. Rupp.

The family would like to thank the frontline heroes of East Liverpool Hospital and Salem Regional Medical Center for the dedicated care they gave to our “Pa”.

Due to the Covid 19 restrictions, a private service will be held at the Martin Chapel of the Care Funeral & Cremation Specialists with Rev. Willard Adkins officiating.

Memorial contributions may be made in Joe’s name to the Beaver Local Schools Foundation at P.O. Box 2503 East Liverpool, Ohio 43920.

Friends may send condolences, sign the guestbook, or read this obituary online at carechapel.com.

Joe would always tell his family to “Just love each other”.