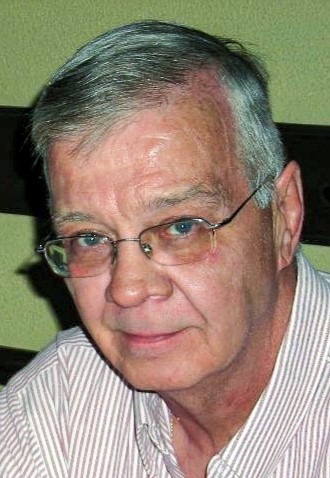 John Michael Lynn (Mike), 74, of Wellsville, passed away Tuesday, April 28, 2020 at home following after a short battle with insidious cancer.

Mike was born March 2, 1946 in Cleveland, OH, the son of the late Andrew and Mary (Blandford) Lynn. He was preceded in death by his beloved wife of 43 years, Joyce (Nugent) Lynn, whom he married on July 3, 1972, as well as his little brother Steven.

Mike graduated from Beaver Local High School in 1965. He proudly served his country in the Air Force. He did a tour-of-duty in Vietnam, where he was stationed in Pleiku and survived the Tet Offensive in 1968. He retired from U.S. Airways and also worked at Crucible Steel in Midland, PA before it was shuttered. Mike was also a past Treasurer of the old city of Wellsville; on the Board of Trustees of the Buckeye Water District and past Exulted Ruler of the Wellsville Elks Lodge 1040. In addition, he was a member of the Veterans of Foreign Wars, American Legion, Knights of Columbus, Wellsville Historical Society and Sons of Italy. Mike was also a member of the dearly departed Immaculate Conception Church in Wellsville. Even though he graduated from Beaver Local he was converted by his kids to being an avid fan of Wellsville Tiger sports. Mike also bled black and gold and could always be heard by the neighbors screaming at the TV when the PGH Steelers were playing.

According to Mike’s wishes no funeral services are planned. Burial will be at Columbia County Memorial Park.

Mike’s care has been entrusted to the MacLean Chapel of the Care Funeral and Cremation Specialist in Wellsville, Ohio.