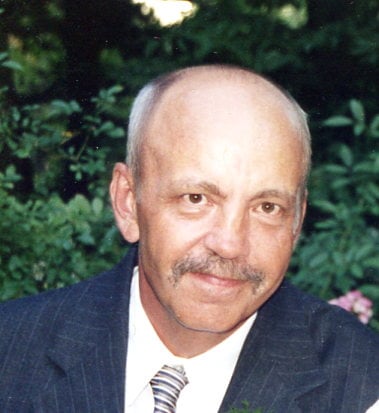 John  L. Yuker, 74, of East Liverpool, passed away at his home on Sunday, January 1, 2023 surrounded by his family.  John was born in East Liverpool on February 27, 1948, the son of the late James and Margaret (Lewis) Yuker.  He was a 1966 graduate of East LIverpool HIgh School.  Following graduation he attended two years at Kent State University-Regional Campus.

John was a proud Army veteran who served two tours in Vietnam as a Combat Medic with the 9th Infantry.  After his discharge from the military, John began working at Crucible Steel in Midland, PA and remained there until its closing in 1982.  He eventually began working in management with Belmont Properties.

Of all of his accomplishments, John was most proud of his family.  In his younger days, he coached his daughters in softball and could often be found cheering on his grandchildren while they played. John was also an avid Pirates and Steelers fan.  John was a DAV member, a member of the American Legion in Chester, WV and was a member of the Lisbon First United Methodist Church.

Along with his parents, John was preceded in death by: his siblings: Jimmy Ferguson, Donna Ferguson, and Charlotte Reed.

Visitation will take place on Wednesday, January 4, 2023 from 2PM -4PM and from 6PM-8PM at Care Funeral & Cremation Specialists-Martin Chapel, in Calcutta.  The funeral will take place on Thursday, January 5, 2023 at 11AM with Pastor Pat Smith officiating.  John will be laid to rest in Columbiana County Memorial Park where the Tri-State Burial Group will be present to afford full military honors.

To view this obituary, sign the guestbook, and leave condolences to the family, please visit www.carechapel.com