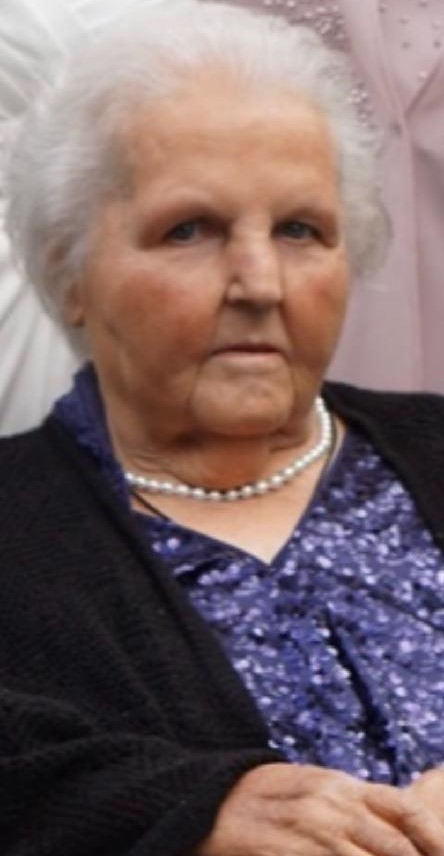 Joann Dalrymple, 82, of Wellsville, passed away on Saturday, April 16, 2022 at East Liverpool Hospital following a lengthy illness.  Joann was born in Wellsville on May 19, 1939, the daughter of the late John and Sara (Gillispie) Patterson.

Joann graduated from Wellsville High School and continued her education at Kent State and Elmira College.  She was employed as a teacher through the Columbiana County Head Start Program from 1969-1999.  She fully retired in 2004.

Joann married Thomas Dalrymple on November 2, 1956.  From their union seven children were born.  Joann and Tom spent the next 51 years together until his passing in January 2008.

Joann was very devoted to her family.  She could always be found at local sporting events cheering on her children, and later, her grandchildren.  She was a huge Pittsburgh Pirates fan and never missed watching a game on television.  When they were not playing, she would watch game repeats, most often those games included her all time favorite player, #8 Willie Stargell.

Along with her parents and husband, Joann was preceded in death by: her brother, Jack Patterson and her daughter-in-law, Nikki Dalrymple.

Visitation will take place on Wednesday, April 20, 2022 from 5PM-7PM at the MacLean Chapel of Care Funeral & Cremation Specialists, on Riverside Avenue, Wellsville.  The funeral will follow at 7PM with Pastor Dirk Hall from The Living Well Church officiating.  Joann will be laid to rest at Spring Hill Cemetery.

The family will be gathering at First Baptist Church from 2PM-4PM, prior to visitation, for food and fellowship.  Anyone wishing to drop anything at the church, please have it there by 1:30PM

The family would like to extend a special thank you to the employees of Calcutta Health Care for their dedication to Joann during her stay with them.

To read this obituary, sign the guestbook, and leave condolences to the family, please go to carechapel.com