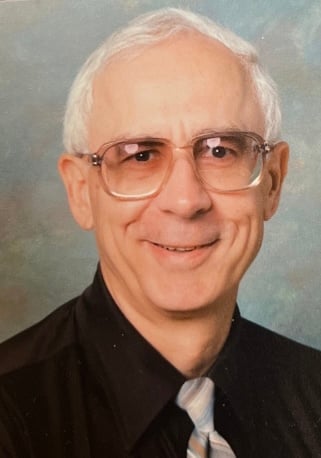 He was born March 16, 1937 in Wheeling, WV a son of the late Jane Koch and Charles Henry Thompson, Jr.

In addition to his parents, he was preceded in death by his brothers, Charles Henry Thompson, III and Philip Hartley Thompson

Jeff was a Presbyterian by faith, a 1955 graduate of St. Clairsville High School, received his Bachelor of Science from Bethany College in 1959. He went on to work as a teaching assistant at The Ohio State University from 1959-1960. He received his Masters in Chemistry from Purdue University in 1968. He was a member of the Beta Theta Pi Fraternity Psi Chapter at Bethany beginning in 1956, graduating with Honors. He was Treasurer of Beta Theta Pi for his Sophomore and Junior years, Vice President and Pledge Master of Beta Theta Pi his Senior year. Jeff’s Honor Awards at Bethany were: Academic Honorary Gamma Sigma Kappa , Drama Honorary Alpha Psi Omega, Citizenship and Service Honorary Kalon.

Jeff taught High School chemistry, physics and general science at St. Clairsville High School from 1960-1969; then at Buckeye North High School in Brilliant, Ohio from 1969 until his retirement in 1990.

Jeff and his wife spent every summer traveling while they were teachers then upon retirement, they completed visits to all 50 states and really enjoyed 21 years of trips to Glacier National Park in Montana.

In lieu of flowers, memorial contributions may be made to the charity of your choice by going to TMCFunding.com

Share your thoughts and memories of Jeffrey at carechapel.com