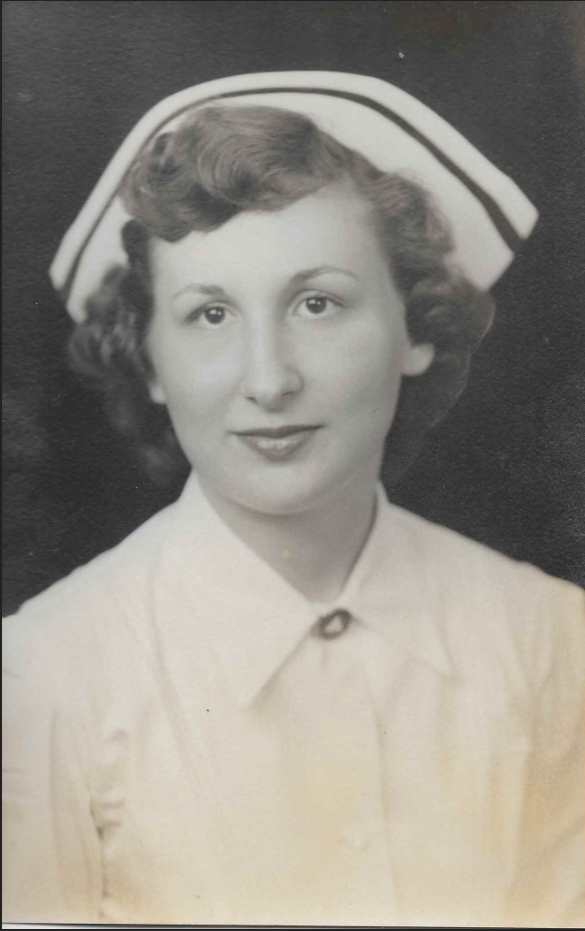 Born in Clinton, PA, the daughter of the late Gerald C. and Dorothy Ullmark Feisley, she grew up in West Point. As children, her late sister Jaqueline Feisley Dodds and she, played trumpets at local churches and radio stations. She graduated from Lisbon High School in 1949. After which she attended and graduated, first in her class, from East Liverpool City Hospital’s Nursing School in 1953.

During her career, as a nurse, she moved to Cleveland where she became a Head Nurse in the Contagious Disease Department, at Cleveland City Hospital. While there, she worked with Tony Robbins, Nobel Prize winner for discovering the Polio Virus. She also went on to become the Head Nurse of the Critical Care Department at Case Western Reserve.

She met and married her late husband, Edward Anthony Quick in 1961. When Edward was hired by DuPont Chemical, she transitioned to be a housewife, and later a part-time nurse. She always said being a mother and wife was her most important job.

She and her family moved a lot while Ed worked with DuPont; Redbank, NJ, Rochester, NY, Camden, SC and finally Newark, DE. After her children grew up, she and Edward decided to return to Ohio, to be near family.

She is also preceded in death by her son, Theodore Edward Quick.

Left to cherish her memory are her daughter Elizabeth A. Quick, her son Timothy E. Quick, daughter-in-law Adrienne S. Mills, her granddaughter Haley Alexander Mills Quick, and her two sisters Joanne Ciaverella and Jeanne Chefalo, and her many nieces and nephews and their children.

Rev. Gerald Dodds, her nephew, will be officiating the service at Maclean Chapel in Wellsville on Friday, December 6, 2019 at 6:00pm.

Family will be present to receive friends at the Care Funeral and Cremation Specialist Maclean Chapel on Friday December 6, 2019 from 4:00 pm until the time of the service at 6:00pm.

Family and friends may view this obituary and/or send condolences online at carechapel.com or by visiting the funeral home’s Facebook page.