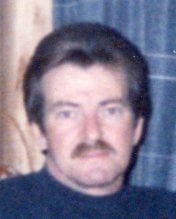 James “Steve” Wilson, 59 passed away at his residence on Saturday, July 4, 2015 following a lengthy illness.  He was born on September 23, 1955 in East Liverpool, OH a son to the late Robert E. Wilson and Clara (Hudson) Price.

Steve worked as a truck driver for A & R Transport before retiring in 2001 and is a past member of The East Liverpool Eagles Club.

He is survived by a son:  Steven “Mike” Wilson and his fiancé Nancy Shew of Calcutta, OH; two brothers:  Mickey Hudson of Cleveland, OH and Robert Wilson of Tennessee; a sister-in-law:  Cathey Green of Virginia; five grandchildren:  Barbara Wilson, Ashley Wilson, Zachary Wilson, Anastasia Shew and Teresa Black along with many nieces and nephews.

In addition to his parents, he was preceded in death by his wife; Kathleen (Allen) Wilson in 1999; a brother:  John Green; a sister:  Helen Wilson and one granddaughter:  Amber Joy Wilson.

A Memorial Service will be held at the Calcutta Chapel of the Martin MacLean Altmeyer Funeral Homes on Saturday, July 11, 2015 at 2 P.M. with visitation two hours prior to the service

Family and friends may view this obituary, send condolences or sign the guest book by visiting our Facebook page or the funeral home’s new website at martinmacLeanaltmeyer.com