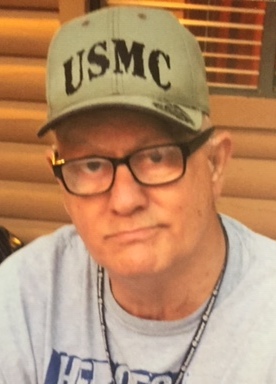 Jackie Lee Cunningham Sr., 71 of East Liverpool passed away Thursday, May 2, 2019 at East Liverpool City Hospital.
He was born in Parkersburg, WV on November 16, 1947 a son to the late Harry A. and Mildred (Bailey) Cunningham. Jackie was a 1967 graduate of Parkersburg High School and a veteran of the United States Marine Corps serving during Vietnam. He worked for Quaker State for 39 years before retiring in 2009. He was an avid cornhole, door knob and horseshoe player and attended First Christian Church in Wellsville.
He is survived at home by his wife Betty J. (Cox) Cunningham whom he married May 9, 1970; a son: Jackie Cunningham Jr. and his wife Nichelle of East Liverpool; two daughters: Angela Taggart and her husband Scott of Wellsville, OH and Melissa Wymer and her husband Rich of East Liverpool, OH; seven grandchildren: Alleigh Ingledue, Kelsie Wymer, Grant Blazer, Austin Morris, Hayden Cunningham, Lauren Cunningham and Kaden Dellapenna and a great grandchild: Addyson Martin, Amelia Roush and Jaxx Morris and several nieces and nephews.
In addition to his parents he was preceded in death by two brothers: Harry Cunningham Jr. and Nelson Cunningham and two sisters: Harriette Bartlett and Shelby Jean Kinney.
Services will be held at the Martin MacLean Altmeyer Funeral Homes in Calcutta on Tuesday, May 7, 2019 at 11 AM with Pastors Mike Cox & Jimmie Cox of the 19th Street Church of God in Parkersburg, WV officiating, followed by the Tri-State Burial Group offering full military honors at the funeral home.
Family will be present to receive friends at the Calcutta funeral home on Monday, May 6, 2019 from 2 to 6 PM.
Family and friends may view this obituary or send condolences online at www.martinmacleanaltmeyer.com or by visiting the funeral homes facebook page.