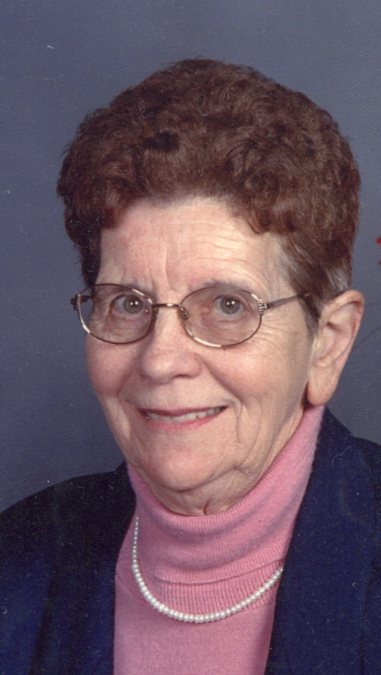 On Wednesday, August 22, 2018, Irene Hazel (Downard) Boyd, age 91, passed away peacefully at 7:05 AM in her sleep at the home of her son in Clinton, Ohio, from a condition called Amyloidosis that had affected her heart but was only diagnosed in April of this year. She was born in Irondale, OH, on January 10, 1927, to Edwin F. and Hazel I. (Spriggs) Downard.
Irene is survived by her son, Edwin P. Boyd of Clinton, Ohio; a brother, Ernie Downard, of Wellsville, Ohio; and a sister, Jane (Downard) Carman, of Austintown, Ohio.
Besides her parents, Irene was preceded in death by her husband, George R. Boyd, on July 20, 1993. Also preceding her in death was her brother, Paul Downard.
Following marriage to her husband on August 28, 1943, she began a career as a dairy farmer milking cows by hand for many years before utilizing milking equipment. As the farm had been in her husband’s family since 1903, she was encouraged to abstain from introducing modern conveniences and both cooked and heated with coal and wood stoves and avoided installation of running water until her husband became ill in the early 90’s.
A tireless worker, she could stay up all night to care for animals, haul hay, or cook, and always insisted on a clean kitchen before going to bed. She hand quilted, used a treadle sewing machine and washed with a ringer washer.
To add money to the household she began working part time as a grocery clerk in the mid 70’s and continued her dairy farm chores. In 1979, she was offered a position as the laundry lady at Pleasant View Nursing home (where her mother soon resided) in Lisbon, OH which helped her husband to decide to stop the commercial dairy business. She worked there for nearly 13 years retiring when her husband became ill. Two weeks after he passed in July, 1993, she decided to sell the farm and move in with her father. When her mother passed in September, 1994, she continued to stay with her father until he passed in March, 1995.
She then became more active in Bethel Church, singing in the choir and being a church deacon for many years. She also provided homemade bread, cookies and other dishes to neighbors and for church functions and traveled on bus trips and with her son. Other passions included reading, working Find-A-Word puzzle books, and watching TV westerns, mysteries, and country music shows.
In early 2010 she came to stay with her son in Clinton, Ohio for gallbladder surgery and recovery, continuing to stay with him for the remainder of her life. There she also enjoyed housekeeping, occasional gardening, and especially travel, primarily to Amish Country, on a weekly basis. She will be GREATLY missed…
Services will be held Tuesday, August 28, 2018 at 1 PM at Bethel United Presbyterian Church with Rev. Tanta Luckhardt-Hendricks officiating. Burial will take place in Oakridge Cemetery.
Family will be present to receive friends at the MacLean Chapel of the Care Funeral & Cremation Specialists in Wellsville on Monday, August 27, 2018 from 2 to 4 & 6 to 8 PM.
In lieu of flowers friends are encouraged to make donations at Bethel or Oak Ridge Presbyterian churches as well as the Amyloidosis Foundation at Amyloidosis.org.
Family and friends may view this obituary or send condolences online at carechapel.com or by visiting the Care Facebook page.