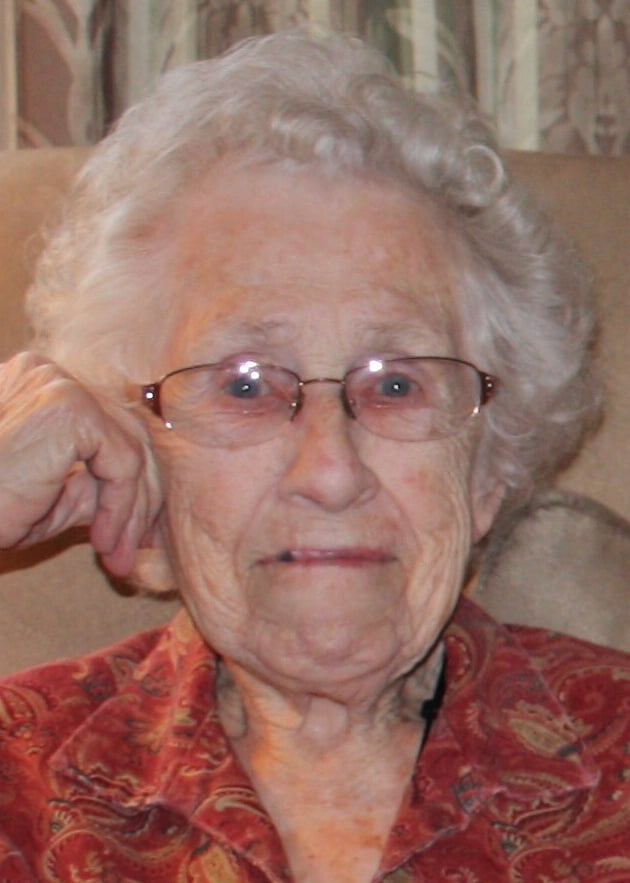 Born in East Liverpool on February 17, 1921, she was the daughter of the late Elzie C. and Stella (Flint) Harsha.  Living most of her life in Calcutta, Mrs. Horger was a graduate of East Liverpool High School, class of 1938, a member of the Grace United Presbyterian Church, and was the Food Service Director at Beaver Local Schools, retiring after 27 years of service.  After retirement, she continued to serve, volunteering at Point of Light and St. Ann’s for many years.

Family will be present to receive friends at the Calcutta Chapel of the Martin MacLean Altmeyer Funeral Homes on Friday, October 16, 2015, from 2 to 4 and 6 to 8 PM.

A family graveside service will be held Saturday, October 17th, 2015 at 11:00am in the Calcutta Presbyterian Church Cemetery with Tom Gaultier officiating. Friends may view this obituary, sign the guest book, or send condolences online at www.martinmacleanaltmeyer.com or by visiting the funeral home’s Facebook page.