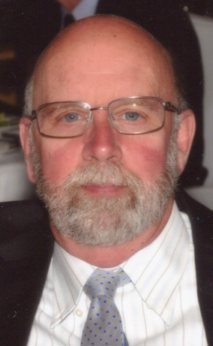 Hugh “Denny” Ward, 75 passed on Tuesday, October 31, 2017 at East Liverpool City Hospital after being ill for some time.
He was born in East Liverpool, Ohio on October 31, 1942 a son to the late Hugh V. and Beverly M. (Finley) Ward. Denny lived all of his life in this area and was a 1960 graduate of East Liverpool High School. He worked as a Mill Wright for MacIntosh Whemco for 46 years before retiring in 2013 and was a 55 year life member of the Elks Lodge#258.
He is survived at home by his wife Norma (Pickering) Ward whom he married April 22, 1984; sons: Hugh R. Ward of Negley, OH and John A. Ward of Florida; daughters: Lisa A. Ward of Florida and Ginger L. Ward of East Liverpool, OH; a step-son: Glenn Mays and his wife Joyce of Calcutta, OH; step-daughters: Tammy J. Helman of Wheeling, WV and Diane C. Goodwin and her husband Donald of East Liverpool, OH; grandchildren: Nicholas, Nathan, David, Christa, Robert, John, Eric, Jenna, Vincent, Shealynn and Bruce and great grandchildren: McKenzie, Alleya and Lil Nick along with his furry friend Bandi.
A Memorial Service will be held at the Calcutta Chapel of the Martin MacLean Altmeyer Funeral Homes on Friday, November 3, 2017 at 1PM with Pastor Robert Valentin of Destiny House officiating.
Memorial Contributions may be made to the East Liverpool Elks Lodge #258 Kids Christmas Program.
Family and friends may view this obituary, sign the guest book or send condolences online at www.martinmacleanaltmeyer.com or by visiting the funeral homes Facebook page.