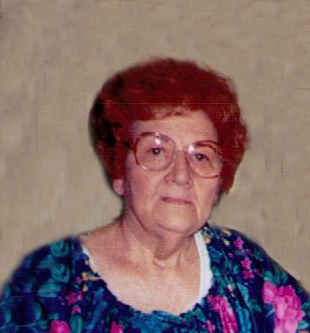 She was born February 27, 1927, in Jellico, Tenn., a daughter of the late William W. and Nannie (Douglas) Walden. She was a member of the Cedar Avenue Church of Christ in Moundsville.

In addition to her parents, she was preceded in death by two sisters, Mildred and Della Mae, and three brothers, William Jr., Carl, and Paul.

Friends will be received on Sunday, February 21, 2016 from 2-4 & 6-8 pm at the CARE Funeral Home, 1500 Second Street, Moundsville, where funeral services will be held on Monday, February 22, 2016 at 11 am with Tony Huntsman officiating. Interment will follow in Salem Cemetery.