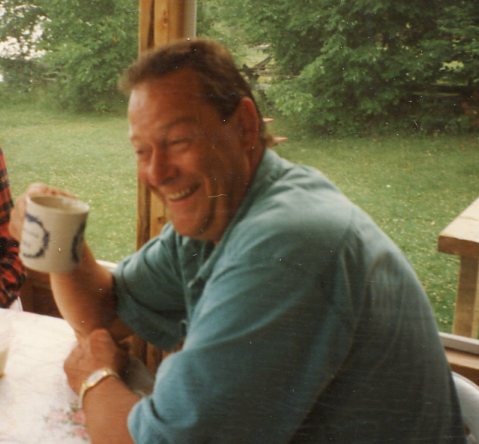 George was born on November 19, 1941, in East Liverpool, OH, the son of the late George P. Sachs and the late Lettie F. McFarland Sachs.

George graduated from Beaver Local High with the Class of 59, which was the first class to ever graduate from that school.

After graduation, George went to Florida and became a barber.  In 1969 George immigrated to Canada, where he opened his own barber shop.  He worked as the Maintenance Manager for Lanark County School district.  For five years he  owned and operated Grandpa’s Sachs Fishing Camp in Westport, Ontario.  He sold the fishing camp and opened Spunks’s Diner which was located at the Westport Station Motel.  Eventually George made his way back to the United States and lived the remainder of his life in the Guilford Lake area.

George is survived by his four children: Mindy Sachs, of Timmins, Ontario, George (Lynn) Sachs, of Smiths Fall, Ontario, Lisa Foley, of Bradenton Florida, and Dr. Wynn (Jeff) Carlton, of Palmetto, Florida; he is also survived by three sisters: Carol (Joe) Wollam, of Minerva,  Lynn Keller, of Glenmoor, and Penny (Mike) Lynch, also of Glenmoor; as well as his brother, Dick (Denise) Sachs, of Lisbon.  George also leaves behind seven grandchildren: Taylor, Payton, Sonny, Courtney, Levi, Hannah, and Luke and three great-grandchildren: Cade, Blakley, and Aurora,  as well as many nieces and nephews.  Also left behind to cherish his memory is Carol Ertel, who survives him at home.

In accordance with George’s wishes, no services will be held.  CARE Funeral Home in Calcutta (formerly known as Martin MacLean Altmeyer Funeral Home) have been entrusted with the arrangements.