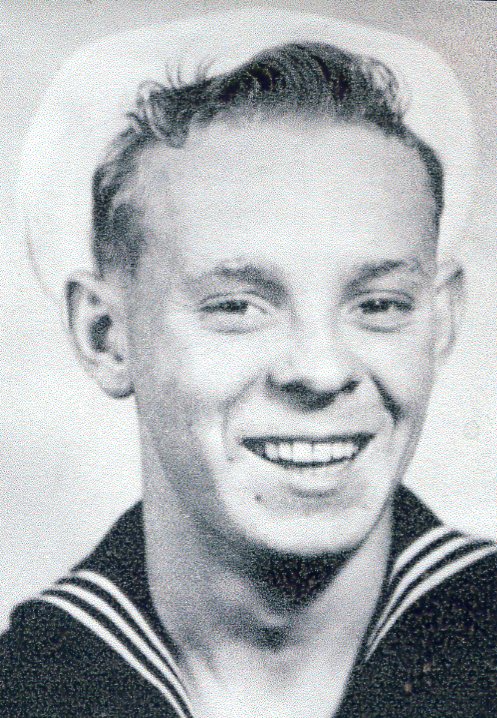 George M. Brown, 89 of Calcutta passed away suddenly at his residence Tuesday, October 20, 2015.

He was born on June 30, 1926 in East Liverpool a son to the late William and Zelma (Hall) Brown. George lived most of his life in this area working as a purchasing agent for Staco Energy Products before retiring in 1988 after 29 years.  He last worked at McKitrick-Harms Oldsmobile in Steubenville as a driver.

He was a veteran of the United States Navy, a member of American Legion Post 374 for 12 years, the National LST Association for 29 years, the Ohio Amphibs Association for 26 years, a Lone Sailor for 25 years and he attended the River of Life Church in East Liverpool.

He is survived at home by his wife Beulah (Grady) Brown whom he married in 1951; a son: Ronald Brown and his wife Shelly of Vandalia, OH; a sister:  Ella Snyder and her husband Don of Springfield, OH; five grandchildren:  Rachael, Erin, Courtney, Ashley and Michelle along with eleven great grandchildren.

In addition to his parents he was preceded in death by a son: Robert G. Brown; a granddaughter:  Jessica Brown; two Brothers:  Ralph and Robert “Bob” Brown and two sisters:  Betty Maylone and Doris Whitaker.

Services will be held at the Wellsville Chapel of the Martin MacLean Altmeyer Funeral Homes on Friday, October 23, 2015 at 1 P.M. with Pastor Benjamin Crouch of the church officiating. Burial will follow in Yellow Creek Cemetery where the Tri-State Burial Group will accord full military honors.

Family will be present to receive friends at the Wellsville funeral home from 11 AM up until the time of services at 1 P.M.