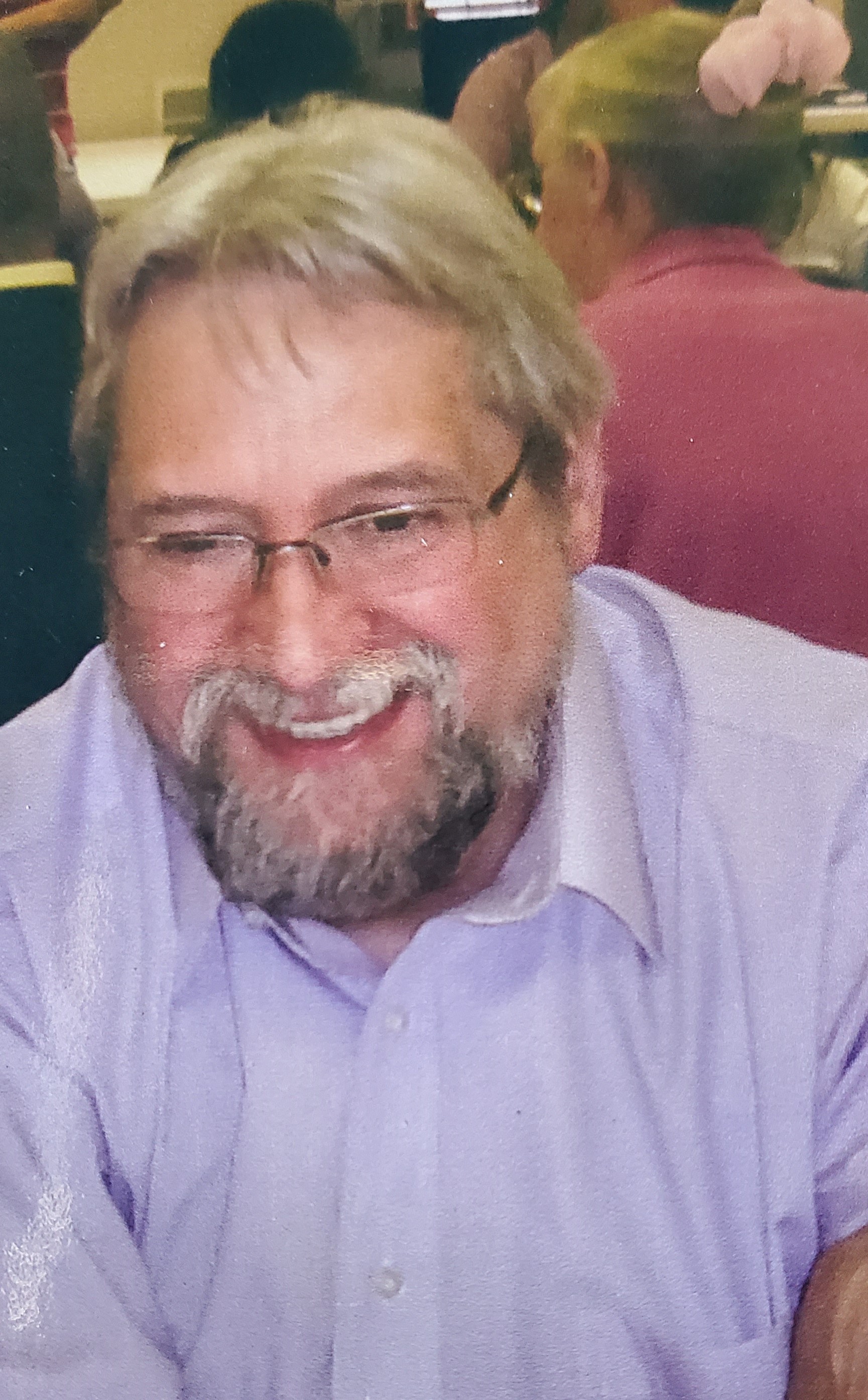 Geoffrey Allen Schneider was born on October 13, 1954, and after a courageous battle with cancer, went home to be with his Lord on May 9, 2021, where he was greeted by his parents, Lewis Lawrence Schneider and Verna Geraldine Boulton Schneider, and his sister, Katie Cooper, and daughter-in-law, Samantha Mitchell Booher.

Geoff was a lifelong resident of the area, spending most of his years “on the home place” in Calcutta.  He was a 1973 graduate of Beaver Local High School.

He worked for 20 years at Sterling China (long before it became Sterling USA) and retired after another 20 years with Majestic Manufacturing where he “built fun” (amusement and carnival rides).  He had also been a Resident Assistant at the Ezra House in East Liverpool, where most of the boys considered him as a dad.

Geoff had a love of music, so for a short time, was a part of a gospel quartet.  He also sang with the Messiah Choir and East Liverpool’s Community Choir.  He bowled with the men’s church league on Thursday nights at Tri-State Lanes.

Geoff was a member of the Oak Grove Church of Christ where he could be seen every Sunday greeting others with a handshake, a pat on the back, or a hug.  He attended faithfully until his illness made it impossible the last few months.

Visitation will be held from 4PM-7PM on Wednesday, May 12, 2021 at Care Funeral & Cremation Specialists (formerly Martin MacLean Altmeyer Funeral Home) in Calcutta.  The funeral will follow at 7PM with Evangelist Jeff Phllis of the Oak Grove Church officiating.

In compliance with Ohio state regulations and in connection to the COVID-19 health crisis, masks and proper social distancing will be required.